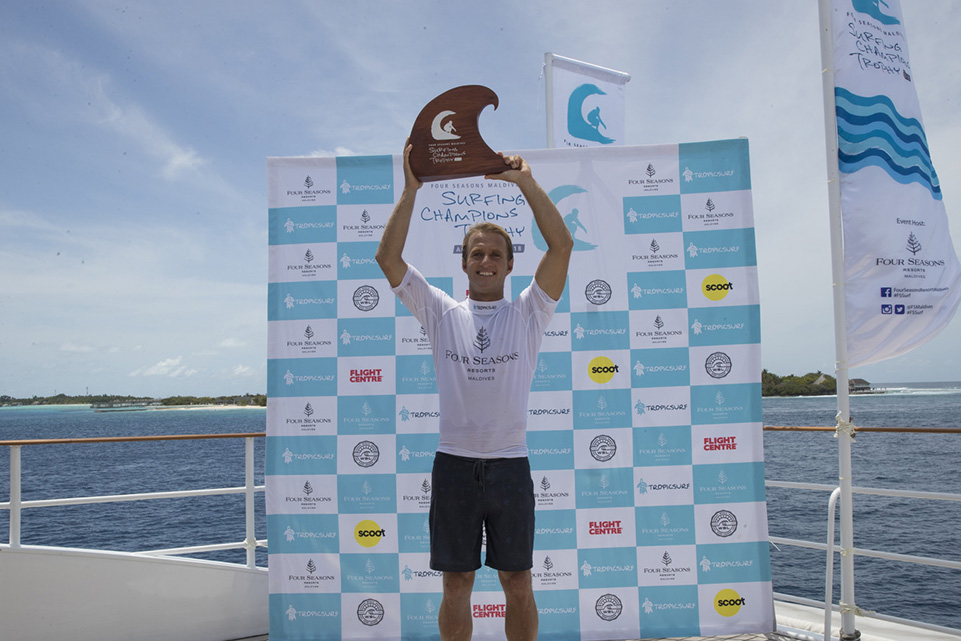 Day 3 of competition saw the best conditions of the event so far, with perfect clean 4-to-6 foot waves at Sultans, giving surfers opportunities for airs, turns and long draining barrels. It was fitting that the Final was the heat of the event with both Kerr and Muniz trading off perfect waves, both finding epic barrels on the inside section.

Kerr got off to a blistering start in the Final, posting two excellent scores early to put Muniz in a combination situation (needing two scores). Muniz did his best to come back posting some massive rides himself, but the door was firmly closed in the last minute when Kerr scored a perfect 10 point ride to guarantee the win. For his efforts, Kerr will be asked to return to the event and defend his title in 2019.

“This was such an incredible event to be a part of,” Kerr said. “The waves just got better every day up until now where they are totally pumping - I never thought I’d get so barreled here in the Maldives. I got to surf a heat with every competitor these last few days, which was really cool. Everyone was in great spirits and brought something different to the event. It was so cool to surf with Alejo today, the surfing he was doing was amazing. The concept of this event is really cool, I like surfing different boards these days so I guess this is the perfect event for me – I’m stoked to be coming back next year but probably not as much as my family, they love it here.”

Spending the majority of his year competing on the WSL Qualifying Series (QS) Alejo Muniz hasn’t had too much experience on traditional style board such as a twin-fin and single-fin. Muniz admits that after this week in the Maldives he will be utilising that sort of equipment more often. It is safe to say, however, that where the former CT competitor truly shone was in the thruster division on Finals Day. Muniz will use this week’s experience to build on his bid to re-qualify for the CT in 2019, as he currently sits on 7th on the QS rankings.

“This has been one of the best days of my life,” Muniz said. “Although I got second three times in this event, I couldn’t be happier to have been in those Finals with some of my idols. It’s going to be tough competing on the QS after this experience – the luxury of the Resort and the pumping surf has made this the trip of a lifetime. Josh has always been one of my favourite surfers so it was cool to have a Final with him - we were both just trading barrels - it was unreal. I’m really pumped up to head back to the QS, but like I said, it will be tough after this.”

Just before the event Grand Finale kicked off, the thruster division wrapped up with former CT competitor Freddy Patacchia Jnr (HAW) taking the win with an incredible display of backhand tube riding. The Hawaiian goofy-footer was searching for a solid result in the Maldives and just came short of the Grand Finale. He rated his thruster Final against Alejo Muniz as one of the ‘most fun’ in his career.

“It’s really funny because when I arrived here I thought I wouldn’t be taking it too seriously but as soon as you put on the contest jersey, the fire is lit,” Patacchia said. “We are all so competitive, so after a couple of average results I was so stoked to win one of the disciplines – I knew I had to bring it. My thruster definitely felt like my best board so I put some more time into focusing today. This has been an amazing experience at Four Seasons Kuda Huraa and such a cool event. It’s definitely the most fun I have had in a WSL jersey.” 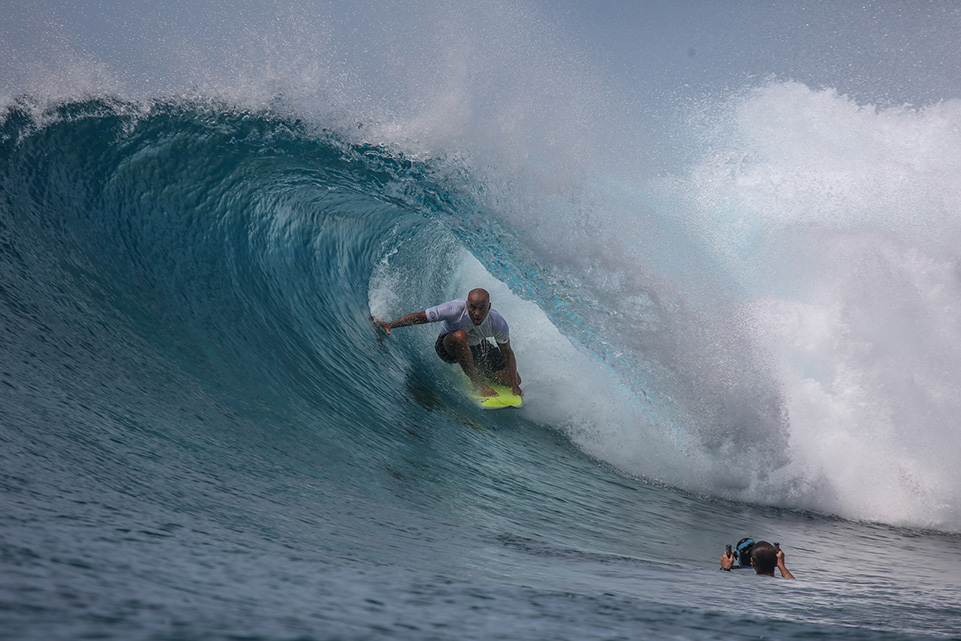 Coming into the Four Seasons Maldives Surfing Champions Trophy for his second year in a row, 2001 WSL Champion C.J. Hobgood (USA) was the most experienced competitor in the field. Hobgood came into the Final Day with a shot to the top spot but came short in the thruster division being eliminated in the first round. The Floridian charger was just stoked he got asked to replace 2017 event winner Taj Burrow who pulled out of the event due to a knee injury.

“I definitely have to thank Mr Taj for missing out this year,” Hobgood said. “It was definitely an honour to return to such an incredible event – It’s such a special place and we get so well looked after. I was a bit down that I didn’t do better because the waves are so pumping right now, but at the end of the day, surfing is just part of this contest but the best part is being in paradise with friends and family.”

Local wildcard Abdulla ‘Fuku’ Areef (MDV) was another competitor who hadn’t had much experience on the different boards and surely had his best performance on the thruster. The Maldivian surfing legend was impressive amongst the world’s best and puts this week’s experience as one of the best of his life.

“This has been such an incredible time for me,” Areef said. “All of the pros have been so welcoming and friendly to me which was awesome – I felt very welcome surfing with them. We got so lucky with the waves as well and the best was definitely today on Finals Day, Sultans was pumping.”

About the Surfing Champions Trophy

Unique in many ways, the Surfing Champions Trophy determines a surfer's heat time based on their age, and tests skill across three different divisions: single-fin, twin-fin, and triple-fin thruster.  Places are granted to surfing’s elite by invitation-only, who then battle it out for both ‘surfing inner-circle’ kudos and US$25,000 prize winnings.

As ever, the event will be onboard Four Seasons Explorer – the Maldives’ ultimate surf vessel. Fans can get up close to the action with onboard VIP passes, while the ‘surf tour’ experience continues with shoulder-rubbing events back at Four Seasons Kuda Huraa, which plays host to the contest’s competitors, judges and Tropicsurf partners.

Stay tuned for the 2019 line-up of Four Seasons Maldives Surfing Champions Trophy on www.surfingchampionstrophy.com or www.fourseasons.com/maldives