Kuda Huraa, Maldives, August 11, 2019 – In pulsing, overhead conditions at Sultans today Australian Josh Kerr claimed Four Seasons Maldives Surfing Champions Trophy for the second year running. He and fellow Australian Joel Parkinson won the single-fin and twin-fin divisions respectively to book their spots in the Grand Final matchup, despite both earlier falling in the semi-finals of the thruster division. The pair’s third and deciding battle for the week lived up to the hype with the two Championship Tour veterans going blow-for-blow in a gripping encounter worthy of the occasion. 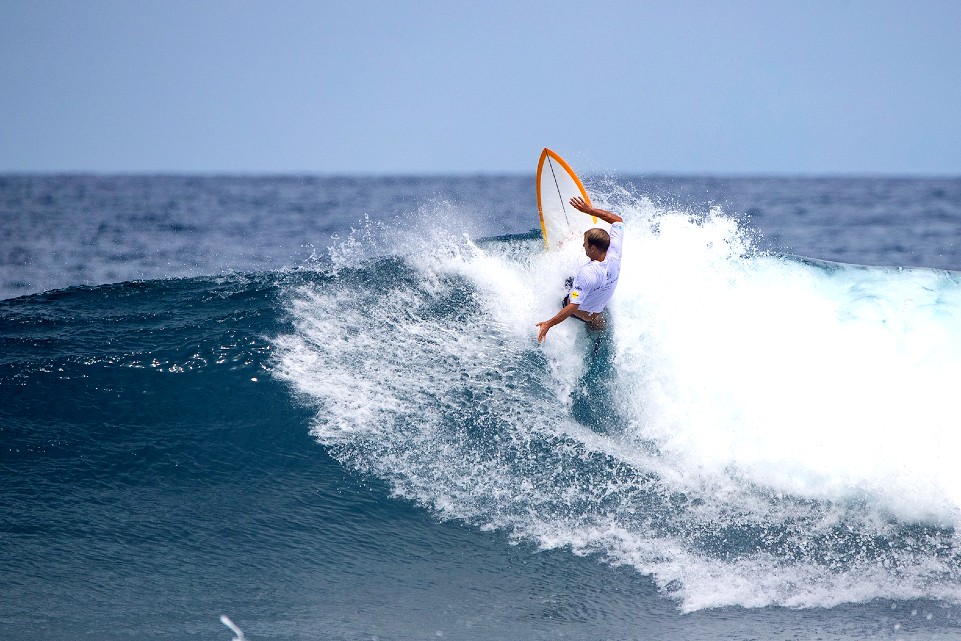 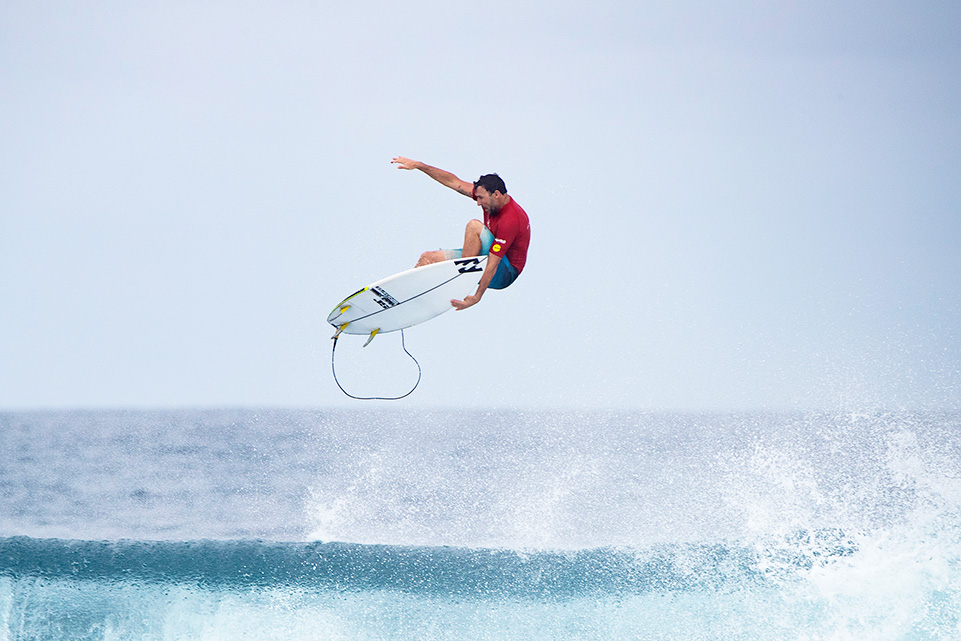 Parkinson kicked off proceedings with an 8.5 and a 7.27 to take an early lead, but things were just getting started. Kerr opened his account with a 7.17 and then a 9.33 to move into the lead, before it quickly swung back to 2012 World Champion Parkinson when he unleashed a series of trademark swoops and vertical stabs up into the lip for a 9.17. Kerr was on the wave behind, however, and pulled off the most incredible manoeuvre ever witnessed at the Four Seasons Maldives Surfing Champions Trophy: an explosive grab rail reverse (also known as a Club Sandwich) performed on an incredibly critical opening section of the wave. The dynamic display netted 2001 World Airshow Champion Kerr a near-perfect 9.93, and won him the event.

“I already had a couple of good scores,” said Kerr after his win, “so I decided to put everything I could into my next wave and see if I couldn’t put the final nail in the coffin. It was a steep, gnarly section, as I was bottom-turning I was thinking to myself, ‘what are you doing?’ but went for it anyway. Somehow I came out of it really clean and had the biggest smile on my face for the rest of the wave, it was really cool.” 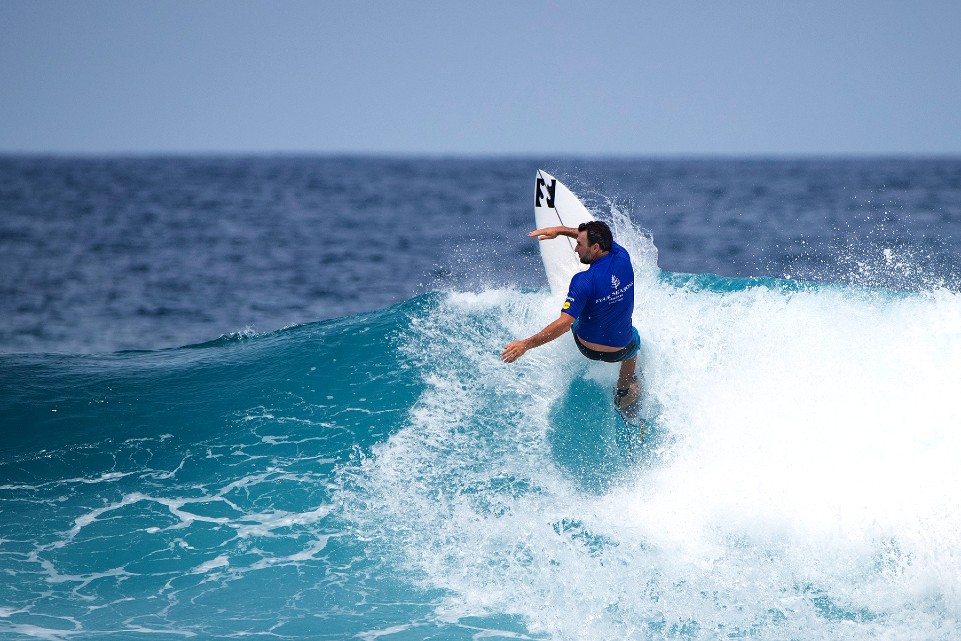 “Kerrzy went to town on me!” said Parkinson at the presentation. “I thought I started really well, then next thing you know I was on the ropes! Kerrzy had a 9.33 and nearly a perfect 10, and even though I had a 9.17 of my own I was still chasing a combination and pretty much packed it in and headed back to the boat with four minutes to go. This week’s as much about the beauty of the Maldives as the surf contest though, and to get to share all of this with my family is really special. Riding different boards was incredible too! I’ve been asked a lot over my career and never been able to choose, but I’m pretty sure now that my twin-fin is the board I’d ride for the rest of my life if I had to pick one!”

“Obviously the prize money and the trophy are cool,” said Kerr, “but getting to come back here to Four Seasons Maldives is the real reward. Today is my 13th wedding anniversary, lucky number 13, so that’s a great anniversary present for my wife, as well as having the kids here. I didn’t win too many events during my career, so it’s extra cool to win this in front of them.” 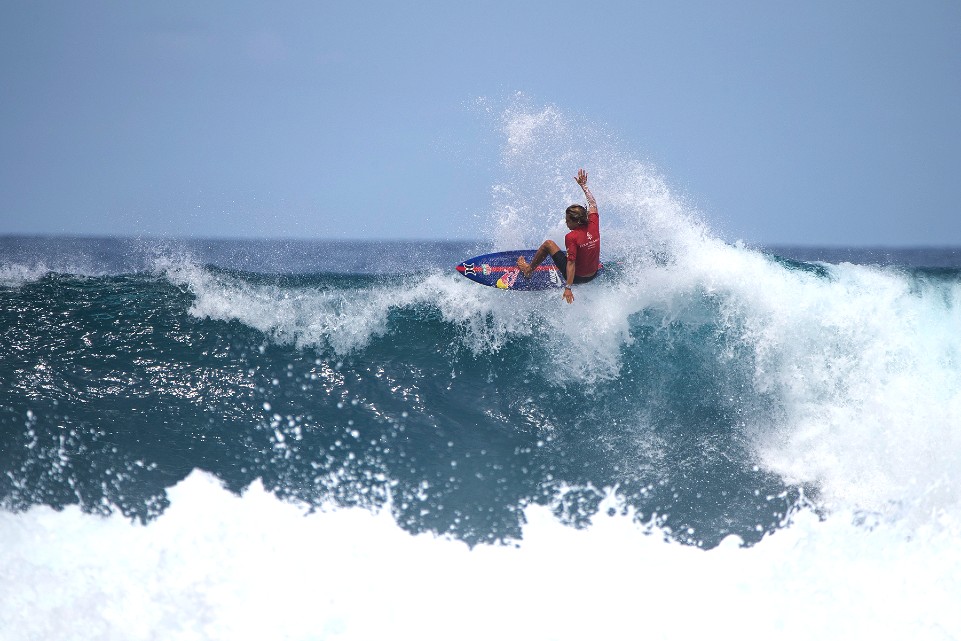 In the final of the thruster division, 2019 Waterman Of The Year, Hawaiian Kai Lenny, took out three-time Championship Tour event winner, Matt Wilkinson, from Australia. After non-stop waves saw Lenny and Wilkinson knock out Kerr and Parkinson in the semi-finals, the ocean then went to sleep for the thruster division’s decider. Famed for his big wave surfing and multi-board heroics it was an ecstatic Kai Lenny who claimed the win with a 12.00 total after Wilkinson only caught one wave in the encounter, a 6.33.

“When I saw the roster for this event I wasn’t sure if I’d be able to keep up,” said Lenny. “But, with each round, I got more confident, and come to the thruster division I was definitely feeling more comfortable. I was watching the rest of the guys closely and felt like I was improving with every wave. I’ll definitely take some confidence from this win, especially in really good waves up against a Championship Tour field.

“I was blown away by how good the single and twin-fins were, they seemed magic! We were surfing some decent sized waves and I was doubtful, but the performance level was different, and there’s something really refreshing about the lines you have to draw. The Maldives are the ultimate playground, they offer every type of condition for every type of activity, and even when the surf is supposedly no good it’s still firing!” 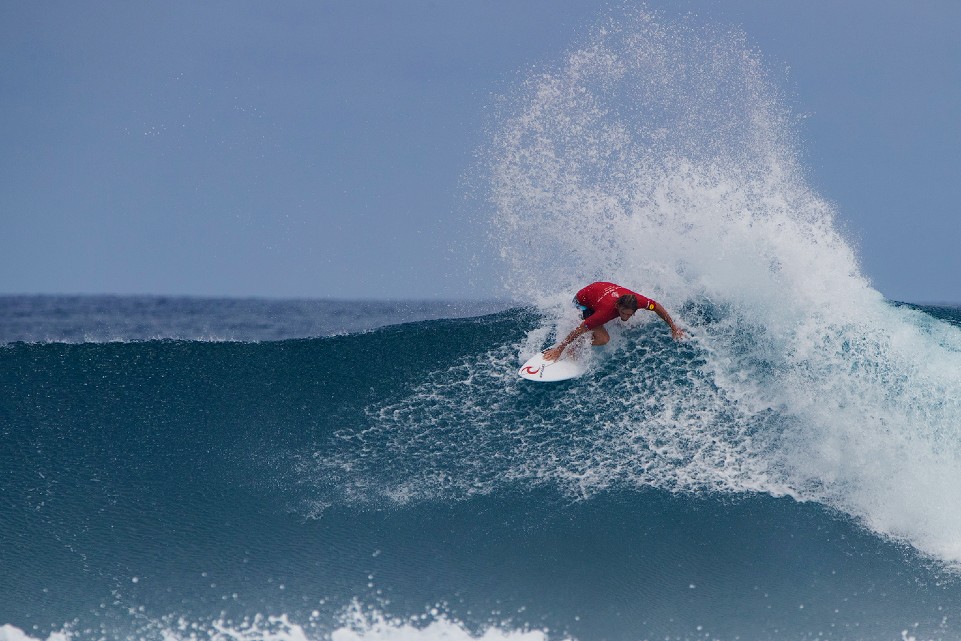 “I really wanted to make the final today,” said Wilkinson, “so was fired up for the semi-final with Joel. I’ve always loved surfing against him, so to beat him at a perfect right point is pretty nice! It was a pretty slow final and I didn’t get too many chances, but I’ve loved my week here in the Maldives and will go home with a lot of great memories.” 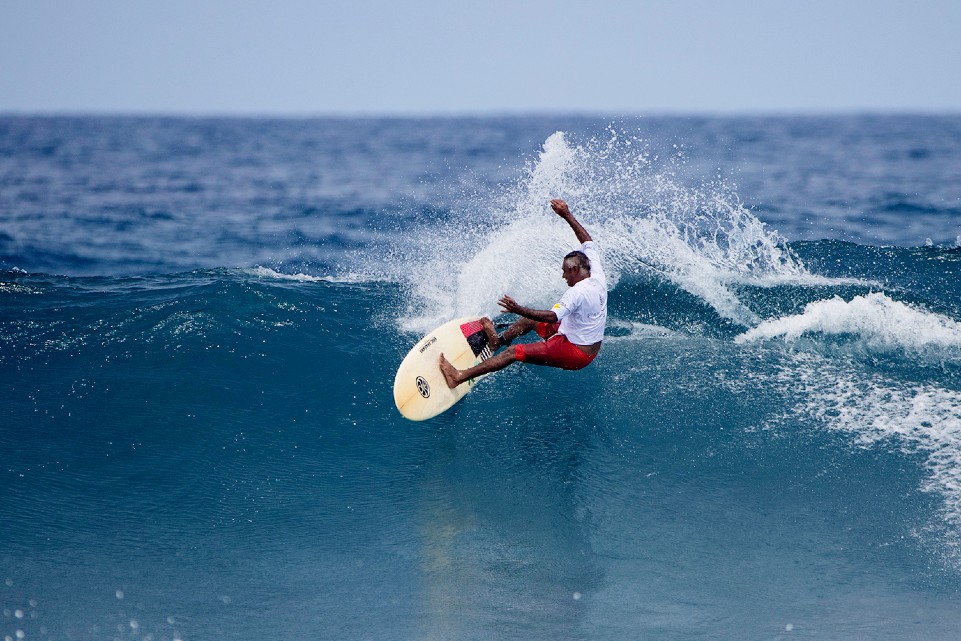 After Wiggolly Dantas (BRA) withdrew from the event, Kerr and Wilkinson received first round walk-throughs today. In the second of the three-man round one heats, Parkinson and Kai Lenny defeated local wildcard Mohamed Fayaz, who went down swinging and put on his best performance of the event. “I don’t know what to say,” said Fayaz, “This week has been so fun. I always used to watch these guys on tour and in all their movies, but this is the first time I’ve got to see them in real life and it’s just been so exciting.” 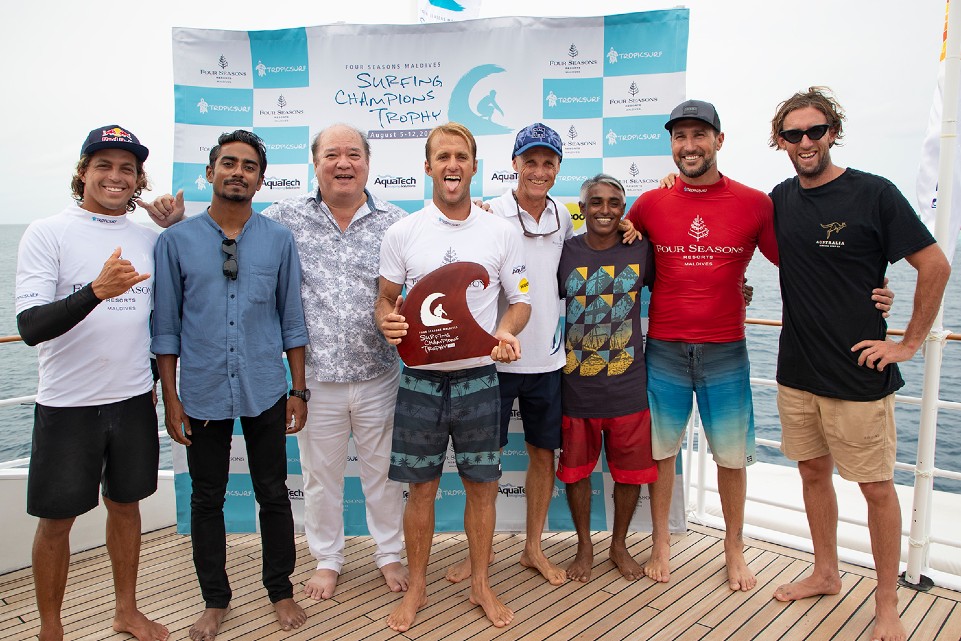