It was another perfect morning in Kuda Huraa when the horn blew for Finals Day at the 2022 Four Seasons Maldives Surfing Champions Trophy. A crystal-clear Indian Ocean played host to dreamy two-to-four-foot Sultans, as our competitors prepared to compete in the final surfing discipline of the event, the Thruster Division.

11 × World Champion Kelly Slater (USA) started the day dominantly, taking a win over Rob Machado (USA) and Taylor Knox (USA) in Round One. Slater then went on to match up against local wildcard and multiple Maldives Surfing Champion Hussain “Iboo” Areef (MDV) in the first Semifinal, and excitement in the channel was palpable. Maldivian flags flew from nearby boats, hoping for a local win, and Slater fans were cheering from their sundecks as the two surfers battled it out at Sultans. In the end, it was Slater who advanced, taking the win from Iboo and advancing to the Final Round. 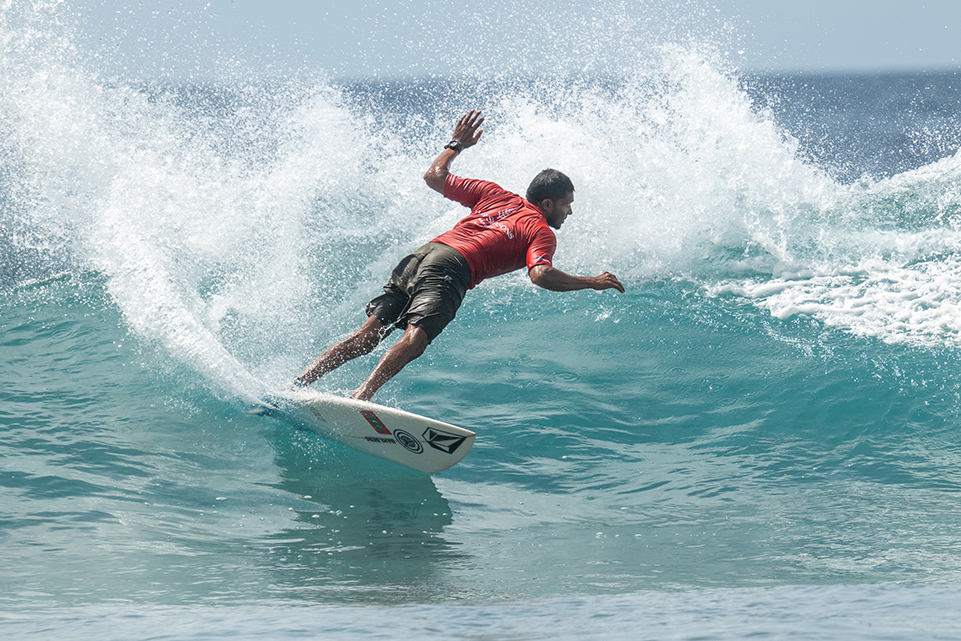 “I am very honoured and very happy to have surfed these past few days,” said Iboo. “These guys are legends, they are the people I watched when I was learning to surf. They had a big impact on my surfing career. That last heat with Kelly was probably the best heat of my life. I never thought in my dreams that I would be surfing against him, man-on-man. He’s hard to beat, he’s the best in the world! I don’t think I’ll get to see anyone else like him in my lifetime, so this has been an amazing opportunity.”

Slater then went on to compete against Rob Machado (USA) in the Thruster Division Final, where he scored a 9.33, the highest wave score of the event, in the dying minutes of the heat. This solidified his second victory of the event, making him not only the Single-Fin Winner but now also the Thruster Champion. 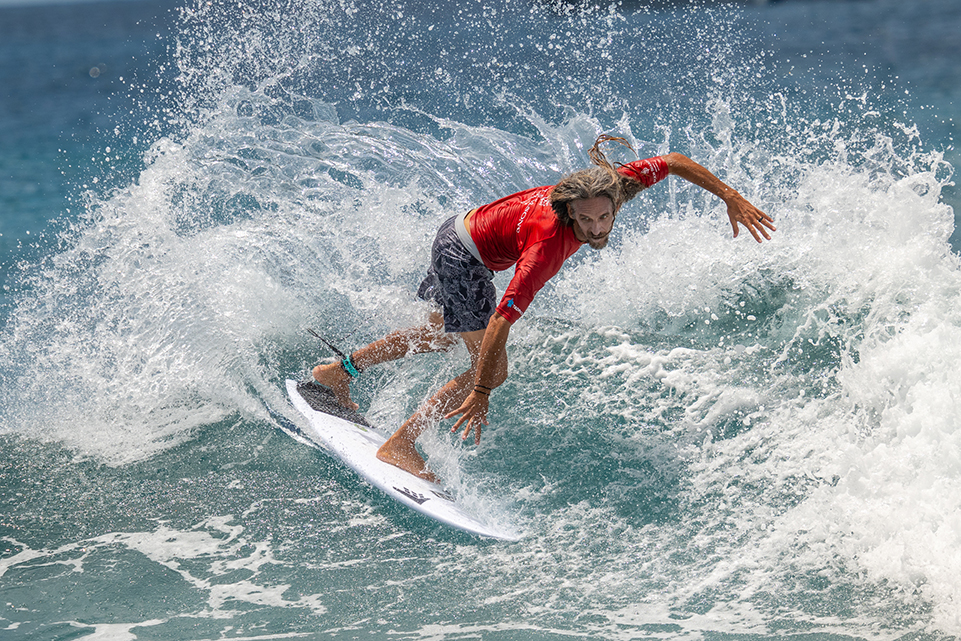 “This whole event has been so fun, it’s been really relaxed with the guys,” said Slater. “To have this crew together has been really enjoyable, and Iboo has been a great addition. I’ve never met him before, but he’s had a smile on his face the whole time – it was so nice to get to know him and surf with him. He said he was really stoked to surf a heat with me today, and I was really happy to surf with him too. He’s just a really good dude. 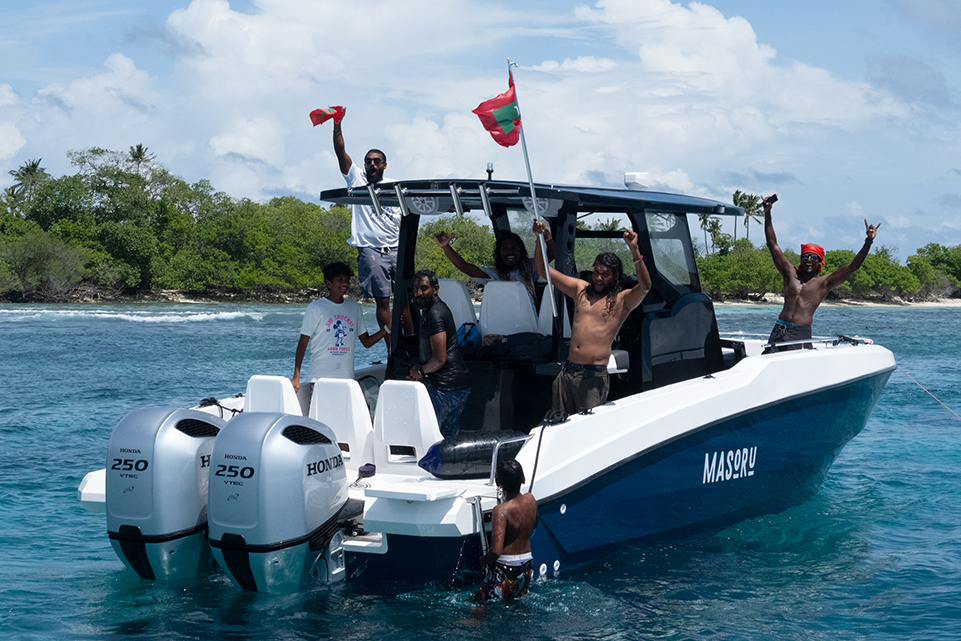 “All of the local crew that showed up on the boats seemed like they were having a great time, too – they were hundreds of yards from us, but we could hear them yelling the whole time. There has been such a good vibe here.”

Following the Thruster Division Final, the two surfers with the most points accumulated throughout the event were set to surf in the Grand Final – Slater and Shane Dorian (HAW). The two have been going head-to-head throughout the event, Dorian with two-out-of-three heat wins against Slater.

With inconsistent sets rolling through the lineup at Sultans, conditions were tricky for Finalists. Dorian found himself in a combination situation for much of the heat, and although he was able to throw down a strong score of 8.7 in the final minutes, he wasn’t able to find that backup score to take the win. Slater, however, found himself in rhythm with the ocean and won the Grand Final with high scores of an 8.23 and an 8.73. 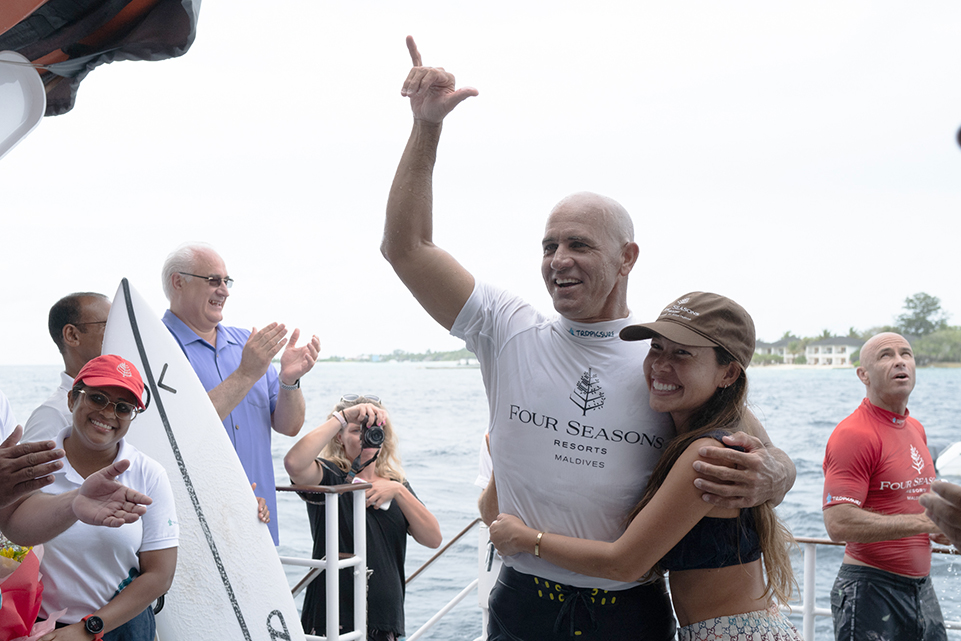 “The Final was really fun,” said Slater. “Shane has been the really in-sync guy with the waves throughout this event, but in the Final, I kind of took that from him. I think he caught one of the best waves of the heat (8.7) but the wave came too late, and there were only a few minutes left when he got back out to the lineup. We’re even now though, it worked out perfectly.”

The 2022 Four Seasons Maldives Surfing Champions Trophy is a luxury surfing event like no other, and the iconic lineup of Momentum Generation surfers (Kelly Slater, Taylor Knox, Rob Machado, Shane Dorian and Ross Williams), along with local wildcard Hussain “Iboo” Areef, has made this year one for the history books.