Kuda Huraa, Maldives: The Twin Fin Round of the Four Seasons Maldives Surfing Champions Trophy has been called on for a 12.30pm (local time) start in the head-high waves Sultans Point, today.

An overnight bump swell and clean off-shore winds will the see the field of six legendary surfers battle it out on the 70’s style boards in the rolling reef break waves. The Twin Fin boards dominated the ‘70s and are renowned for their ability to allow surfers to be fast and fluid, which will make for plenty of action in the clear turquoise water of Sultans Point. 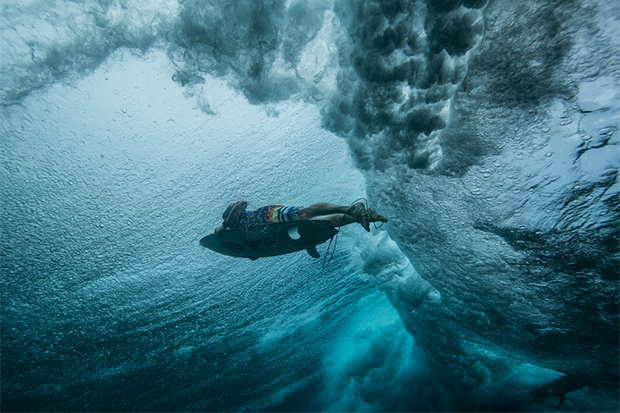 
Defending event champion Taylor Knox (USA), who won the Twin Fin round last year, will be out to rebound after an opening heat loss in the Single Fin division yesterday.

The 2014 Twin Fin Champion will be crowned later this afternoon.