Occy was just 17 when he shot to the top of the ASP ratings, setting performance standards that remain unbeaten to this day. After just four years, he sensationally dropped out, only to stage one of the sport’s most inspirational comebacks with a sparkling return to competitive form some seven years later. In 1999, he seized the long-awaited world title, continuing on tour for a further seven years to amass a record-breaking 25-year pro surfing career.

"To tell you the truth I miss competing a lot and to see these familiar faces and even the legends, the guys I really looked up to when I was a kid as in MR is going to be fantastic.  It’s going to be great to compete against them and feed off them because they have got so much experience," said Occhilupo.

"The resort looks amazing, we looked online and my wife Mae is really excited to go.  It sounds like it's going to be a real luxurious kind of contest and I can't wait. It's going to be half-holiday and half a contest," continued Occhilupo.

Boasting a total of 20 world titles between them, the legendary contestants are as excited about competing against one another as they are for the overall prize and title.

Guests booking Kuda Huraa’s all-inclusive four- or seven-night Champions Trophy package – available from August 29 to September 5 only – can get right on top of the action with competition day passes aboard the luxurious Four Seasons Explorer catamaran and three half-day surfing passes with Tropicsurf. They’ll also get to rub shoulders with their surfing heroes in Kuda Huraa’s village surround, home to competitors, judges and spectators alike for the duration of the contest.

Limited day passes are available (at a fee) for non-package guests and members of the public wishing to view the event from Four Seasons Explorer.  Call + 960 66 00 888 for enquiries and rates. 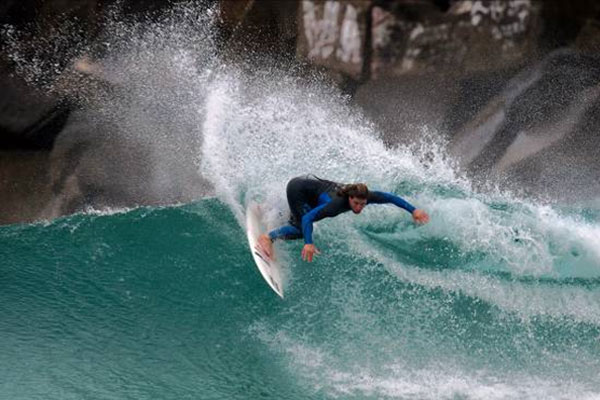 Kuda Huraa, Maldives – August 24, 2011 - Surfing legend Mark 'Occy' Occhilupo will return to the Maldives for the first time in over a decade to
contest the inaugural Four Seasons Surfing Champions Trophy (www.surfingchampionstrophy.com): the world's most luxurious surfing event.

The former ASP World Champion could prove tough to beat in the Maldives’ perfect reef break waves. Currently commentating at the Billabong Pro Tahiti event, Occhilupo has been locking in plenty of tube time at Teahupoo and, is also in top competitive form following his recent appearance at the World Masters in Brazil …

"I'm really looking forward to it because I haven’t been back to the Maldives since the late eighties. I was one of the first few guys to go there so I'm excited, really excited," said Occhilupo.

"I just competed in the Masters in Brazil and it was a bit small over there. The Maldives is a much better spot because the waves are so good," he added.