Big wave legend Shane Dorian (HAW) has taken out the 2015 Four Seasons Maldives Surfing Champions Trophy at Sultan's Point Saturday. Dorian defeated last year's Champion, Dave Rastovich (AUS), in the Final, and has secured himself a spot in the 2016 event.

In what was a fitting climax to an amazing week of surfing from all competitors, Dorian posted his two scoring waves in the early stages of the heat, a 6.67 and 7.83, for a heat total of 14.50 (out of a possible 20). This left Rastovich to chase down a 7.28. Trailing by only 0.44, ‘Rasta' was unable to get the score in the closing minutes and Dorian took the win.

"I never thought I would come here and win this event," said Dorian. "Surfing with all these guys in the Maldives has just been a really incredible experience.

"The different divisions were so good, I never knew I could have so much fun riding a twin fin, let alone win a heat against Rasta on one. The waves yesterday were so dreamy, it's been such an amazing event." 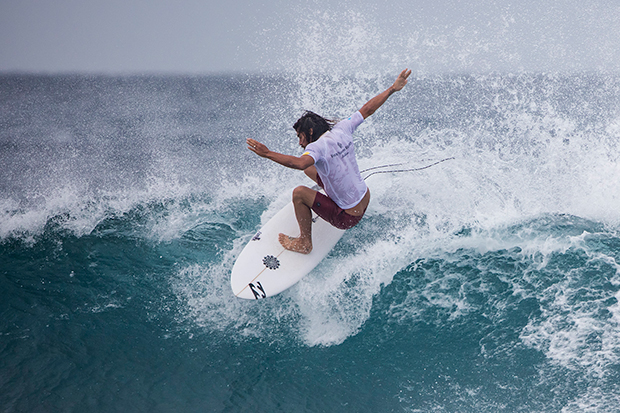 Rastovich, who was the 2014 Surfing Champions Trophy winner, surfed incredibly all event, winning the single fin division and a second place in the twin fin.

"Everyone has been surfing amazing all week," Rastovich said. "Seeing everyone surfing on different boards is great. Today was good; Shane and I were just sitting out the back chatting and taking it easy, catching a couple of waves.

One of Rastovich's highlights for this year's event was competing and free surfing with 2004 WSL Women's World Champion Sofía Mulánovich (PER).

"I really feel like it's great that Sofia is in the mix, surfing with the fellas. That sort of thing doesn't happen enough in surfing. Every line up in the world is always better with women in the water. I think that's one of the best things about this event, great diversity".

Taking out the event means that Dorian receives an automatic entry into the 2016 Surfing Champions Trophy something that the Champion describes as the sweetest part of the victory.

"I'm really stoked above winning that I'll be able to come back to the Maldives and surf in the event next year, almost as excited as my wife is. I'll definitely work on some different boards and riding a few twins and singles before I come back for sure," said Dorian.

En route to the Grand Final, Dorian had a third place in the single fin division, and a first in the twin and thruster division. He also had the highest single-wave score, a 10, the first in Champions Trophy history, and the highest heat total, a 19.60 (out of a possible 20). 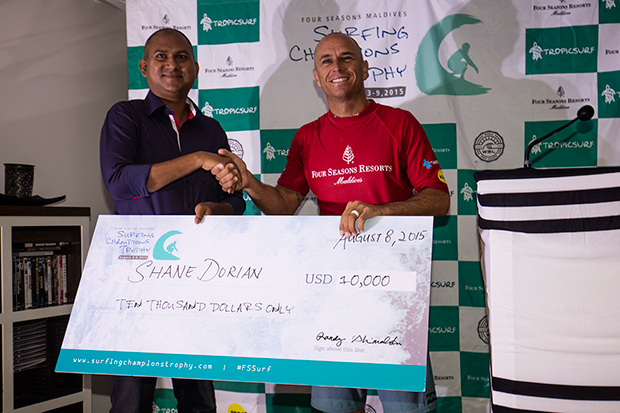 Both competitors were presented with their prizes by the Republic of the Maldives Deputy Minister for Tourism, Hussain Lirar, in a ceremony aboard the Four Seasons Explorer.

After what was an incredible week of waves at Sultan's Point off the Four Season's island of Kuda Huraa, event organisers look to next year's event, which promises to be bigger and better than ever.