Kuda Huraa Maldives, March 21, 2016 – As surf season gets underway in the Maldives, so too does the build up to the country’s hottest invitational: Four Seasons Maldives Surfing Champions Trophy. And kicking off 2016’s illustrious line-up, big wave legend Shane Dorian has confirmed his return to defend last year’s title.

Unique in many ways, the Champions Trophy determines a surfer's heat time based on their age and tests skill across three different divisions: single-fin, twin-fin, and triple-fin thruster. Places are granted by invitation-only to just six world champions in a battle for inner-circle kudos and the USD 25,000 prize winnings. 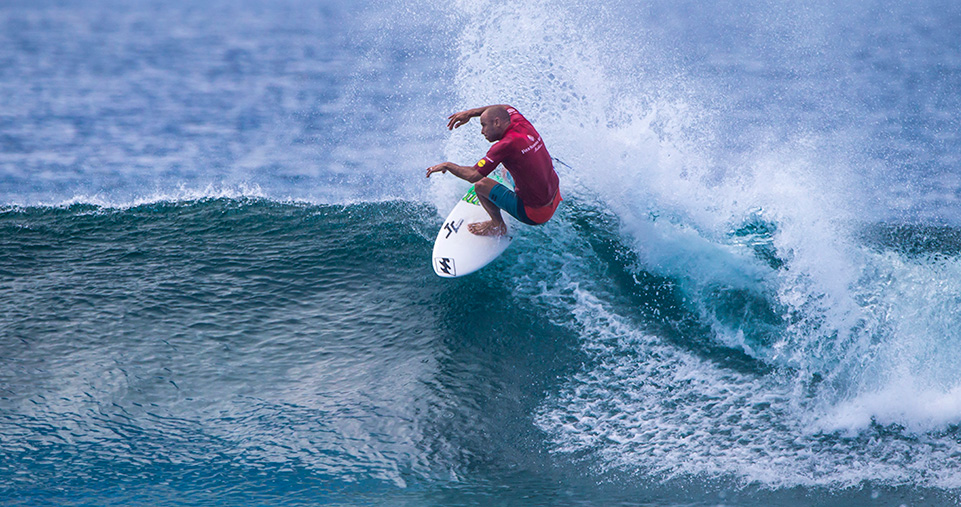 Hawaiian big-wave slayer Dorian secured the 2015 title in a nail-biting Grand Final against defending champion, Dave Rastovich (AUS). En route to the final, he achieved the Champions Trophy’s highest single wave score – a 10, the first in the competition’s history – and the highest heat total: 19.60 (out of a possible 20).

A recent finalist at the Quicksilver Eddie Invitational and The Jaws Big Wave World Event, Dorian is already turning his attention to the August event, commenting:

“Lisa and I can't wait to return to the Maldives
to enjoy the chilled out vibe of the Champions Trophy.
It's such a unique concept with fun waves and great company
and definitely one of the highlights of our year."

The Surfing Champions Trophy is hosted onboard Four Seasons Explorer – the Maldives’ ultimate surf vessel. Fans can get up close to the action with onboard VIP passes, while the ‘surf tour’ experience continues with shoulder-rubbing events back at Four Seasons Kuda Huraa, which plays host to the contest’s competitors, judges and Tropicsurf partners (the pros behind the Resort’s surf operation.)

Event co-ordinator Mark Winson of Tropicsurf comments, “It’s crazy to think how iconic the Surfing Champions Trophy has become in just six years. It’s a one-of-a-kind event where the camaraderie off the waves makes for an even more magical competition on them.”

It won’t be long before the remaining five world champions are announced… and if previous years are anything to go by, you can expect powerhouse names and some interesting twists…

For a piece of the action, book the ‘Group Surf & Stay’ package, available for a minimum booking of five rooms at Kuda Huraa, between 8-14 August, 2016, including: