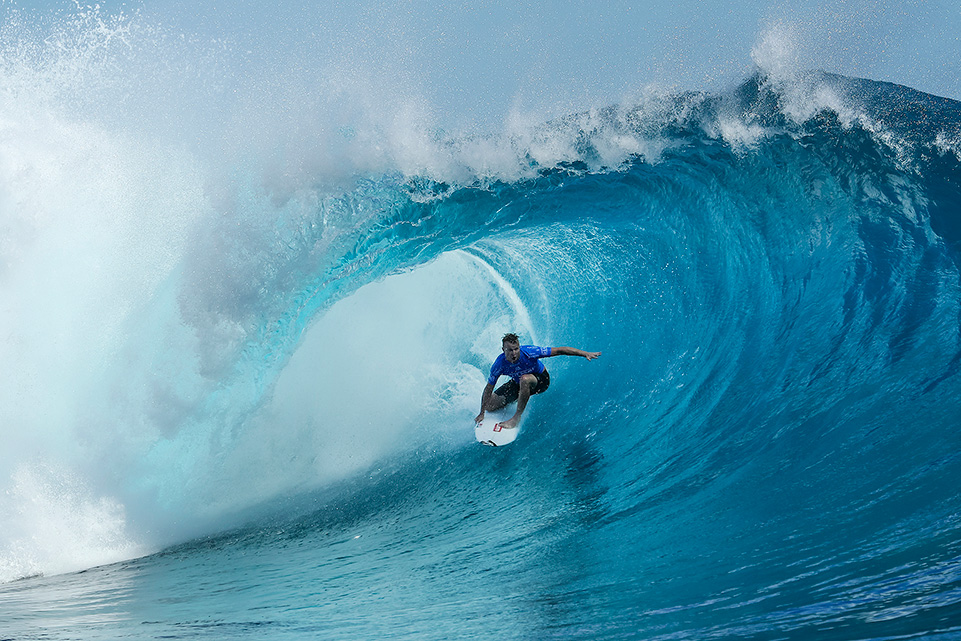 Taj Burrow is a surfer that needs minimal introduction. Taj is known for his cheerful demeanour and dynamic surfing. The West Australian burst onto the scene in 1999 with a groundbreaking profile movie (SaboTaj) and impressive competitive results, Burrow finished No.2 in the world in his rookie season. He stayed on tour for almost two decades and notched up 12 CT victories. After calling this year’s Fiji Pro his last CT event, Burrow now has more time on his hands to attend more diverse events like the Four Seasons Maldives Champions Trophy.

“This event looks incredible,” Burrow said.
“The waves in the Maldives look so fun and the resort looks amazing -
there was no way I could knock this one back.
The crew surfing in it this year is unreal.
I can’t wait to get over there with my girls.” 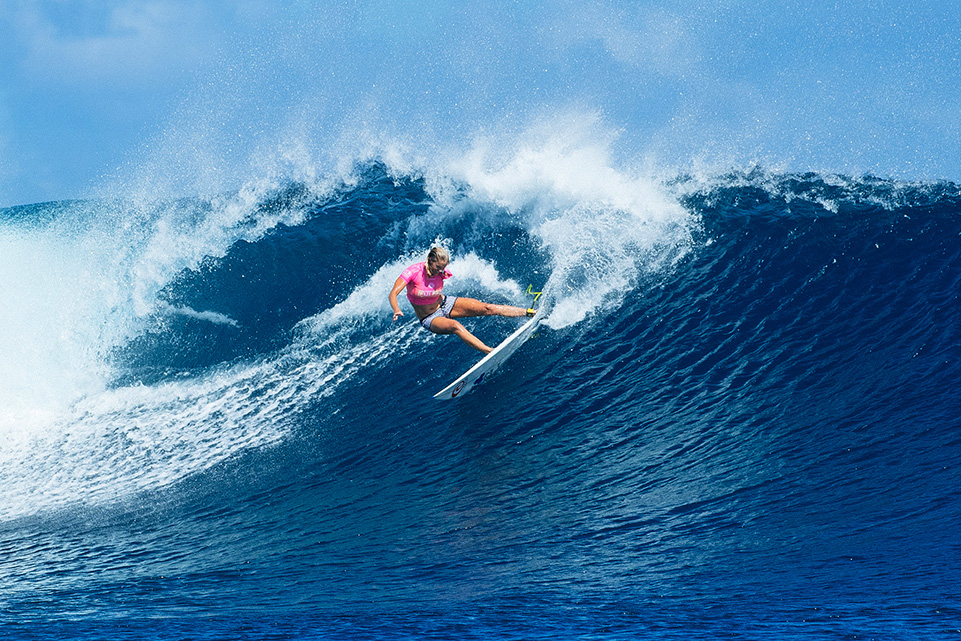 Bethany Hamilton was born and raised on the Hawaiian Island of Kauai where surfing became a strong part of her life from a young age. Hamilton began to enjoy much competitive success from a young age winning a number of local and regional events. In 2003, Hamilton lost her arm when she was attacked by a tiger shark while surfing near her home. Exhibiting her trademark determination and love of surfing, Bethany returned to competition just seven months later, placing 5th in the 2004 NSSA nationals (winning it the following year).

“I’m so excited to have fun surfing with the boys
in the Maldives’ pristine waves,” Hamilton said.
“It’ll be fun and interesting competing
on twin and single fin boards.
I’m Looking forward to a cruise time
with my family and enjoying our time in paradise.” 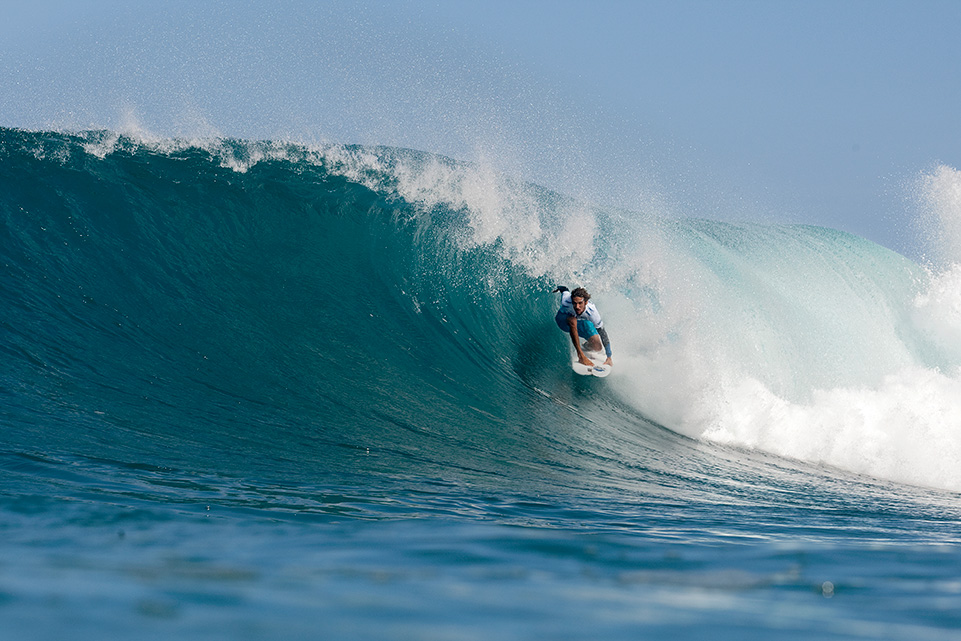 Considered one of the smoothest surfers of his generation, Californian Rob Machado is an iconic soul surfer, spending over the last decade travelling the world surfing the most perfect waves he can find, usually on different and experimental equipment. Some people forget however that through the nineties, Machado was a solid fixture in the WSL CT top 10, even making it to World No. 2 in 1995 and was seen as a formidable opponent by his fellow competitors.

Machado’s ability on boards of all shapes and sizes will see him as a major threat when competition gets underway at the 2016 Four Seasons Maldives Surfing Champions Trophy.

“I’ve always been a massive fan of this event,” Machado said.
“Having the three different board types in one event is a
really cool concept - it just sounds like an
amazing event in an amazing location.”

Event co-ordinator, Mark Winson of Tropicsurf, predicts the most exciting year yet with this incredible and diverse line-up of competitors.

“There’s no guessing which way this will go, and that’s what makes it so exciting,” Winson said. “Spectators are in for an electrifying show of surfing skills.” 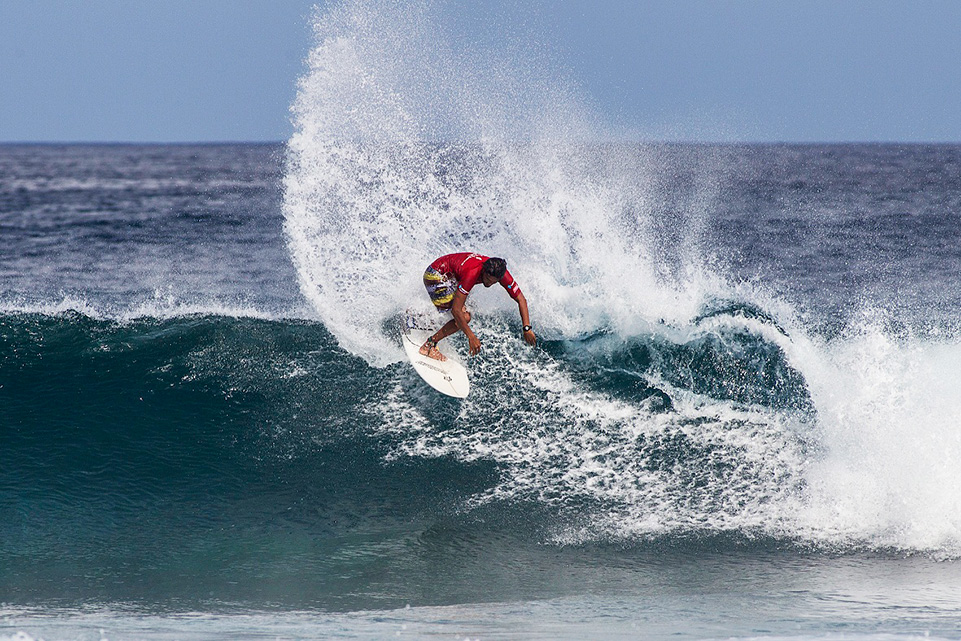 For the first time in the event's history a local wildcard will go head to head with the world's best in the main event. Hussain 'Iboo' Areef is widely recognised as Maldives' national surfing hero. The reigning Domestic Champions Trophy winner and successful Maldives Open campaigner will be a legitimate threat on the world stage of the Champions Trophy.

"I am honoured to have this opportunity to surf
in the Four Seasons Champions Trophy this year,
Areef said. “I am so stoked to be able to surf with my heroes.
Thank you Four Seasons for giving a Maldivian
a chance to participate in this event.
I'm really looking forward to it"

Equally as exciting is the announcement that the upcoming Maldives Open surfing event will be used as the selection competition to determine the highest placed local surfer for future Champion Trophys. Mark Winson of Tropicsurf sees this as one of the most thrilling evolutions of the Champions Trophy.

"There is so much surfing talent here in the Maldives and the Maldives Open is widely regarded as the highest level of domestic competition in the country, Winson said. “It's the perfect opportunity for local surfers to earn unequalled bragging rights, a share of US$25k prize money, and the Champions Trophy. I'm sure that Iboo and surfers just like him will be real contenders in this event for years to come"

Maldives Open contest organiser and president of the MBBA Fuku Areef explains that;

"Local surfers are really excited to see one of our own go head to head with the world's best. It's a tremendous opportunity for Iboo on the world stage and we're confident that he will do really well. Furthermore, to now have the Maldives Open as the qualification event for future Champions Trophys is a great opportunity for any Maldivian surfer to put themselves up against the likes of surfers like Shane Dorian or Taj Burrow. That's such a great step forward for local surfers and the Champions Trophy concept"

The 2016 Four Seasons Maldives Surfing Champions Trophy will run from August 8-14. For more information check back at www.worldsurfleague.com or on the WSL App.

About the event: Unique in many ways, the Surfing Champions Trophy determines heat times based on age and tests skill across three divisions: single-fin, twin-fin, and thruster.  Places are granted by invitation-only to six world champions in a battle for inner-circle kudos and a US$25,000 prize pot. Each heat is run with a timing handicap per competitors age; so, the older the competitor the more time they have in the water.