Event co-ordinator Mark Winson of Tropicsurf comments, “The line-up is looking epic. A World Tour veteran, Williams brings with him a wealth of performance experience.  And, fresh from retirement, Machado’s free surfer style and twin fin skills will give him a sure-fire edge in the competition’s twin-fin division. But no one knows the locality like three-time Maldivian National Champion Miglal. Everyone in the line-up has a different area of expertise, just what’s needed for our multiple-division contest.” 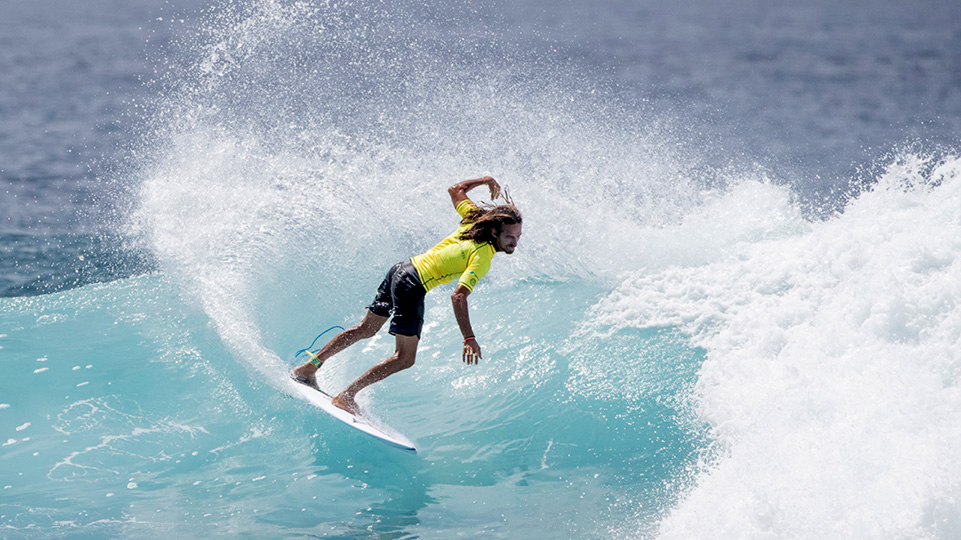 Rob Machado will return to the FSMSCT in 2017 and it will be a treat to see what he is capable of.

Australia-born Rob grew up in Cardiff, California and began hitting the waves aged nine.  In 1993 he was named WCT Rookie of the Year, rising to a world ranking of #5 the following year.  His 1995 championship-deciding semi final against Kelly Slater at the Pipeline Masters has been coined the most exciting match in pro surfing history; Rob finished the season ranked #2, a career best.  With 12 World Tour Wins under his belt and inducted into the Surfing Walk of Fame at Huntington Beach in 2011, Rob is considered the smoothest surfer of his generation. 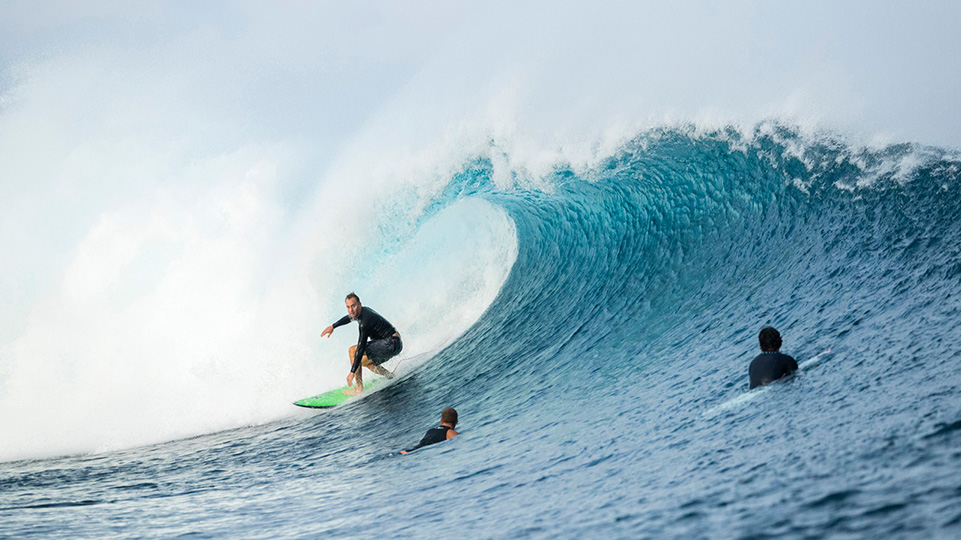 Ross Williams is no slouch when the waves turn on and will no doubt be hoping for some solid swell in the Maldives.

Ohio-born Williams took up surfing soon after moving to Hawaii with his family aged six. Less than a decade later he won the boys' division of the 1988 United States Surfing Championships before embarking on a nine-year world circuit career that saw him acclaimed as one of the sport's best all-arounders. As smooth and strong in waves from 2 to 20-foot (1-6 metres), the powerful, easygoing regular footer also enjoyed plenty of screen time in numerous productions of surf video king Taylor Steele, including Momentum (1992), Loose Change (1999), and Hit and Run (2000). 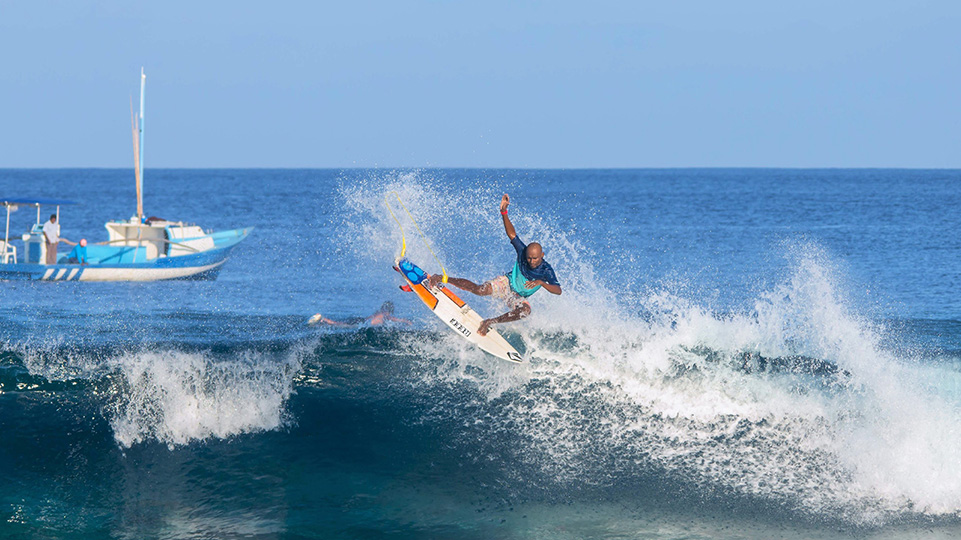 With moves like this, Ismail Miglal will no doubt be one to watch in August.

Three-time national champion, "Kuda Issey" is one of the Maldives’ most popular surfers. His 25-year surfing career has included a wealth of international competitions, including victory at India’s Covelong Point Classic 2014 and Malaysia’s Tioman Surf Festival 2015. Every passionate about his home waves, he achieved a lifelong dream in 2015 when he founded Raalhu Edhuru: a Male-based Surf School on a mission to extend the sport’s reach around the Maldives through community-based sponsorship programs for young surfers in non-central atolls.

Commenting on his place at this year’s SCT, Kuda Issey said, "It is an honour and a privilege to surf our local waves with this line up of legends. Thank you for the opportunity.”

Unique in many ways, Four Seasons Maldives Surfing Champions Trophy determines a surfer's heat time based on their age and tests skill across three different divisions: single-fin, twin-fin and triple-fin thruster.  Places are granted by invitation-only to just six champions in a battle for inner-circle kudos and the USD 25,000 prize winnings.

The Surfing Champions Trophy is hosted onboard Four Seasons  Explorer – the Maldives’ ultimate surf vessel. Fans can get up close to the action with onboard VIP passes, while the "surf tour" experience continues with shoulder-rubbing events back at Four Seasons  Resort Maldives at Kuda Huraa, which plays host to the contest’s competitors, judges and Tropicsurf partners (the pros behind the Resort’s surf operation).

Experience the surf tour lifestyle with the Surf, Spa & Save package: Save 15% on room rates, benefit from a host of added extras and rub shoulders with surfing legends.  Join in on all the action at "the world’s most luxurious surf event," Four Seasons Maldives 7th Annual Surfing Champions Trophy from August 7 to 13, 2017.

Included in this package: