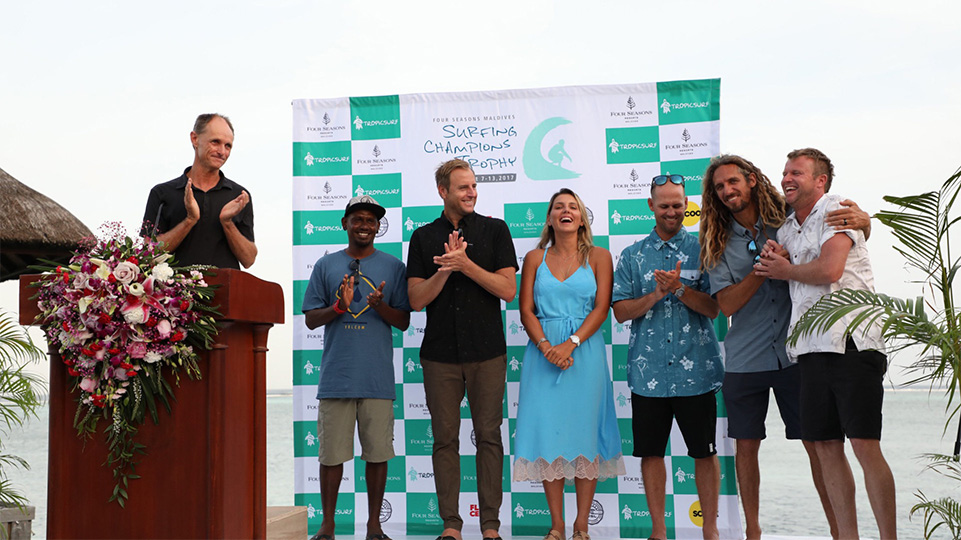 Kuda Huraa, Male/Maldives (Wednesday, August 9, 2017) - With the six invitees to this year's Four Seasons Maldives Surfing Champions Trophy settling in on the idyllic island paradise of Kuda Huraa, the stage is set for the ‘world’s most luxurious surfing event’ to kick off this week at the perfect right-hand reef break at Sultans Point.

Having taken out the 2016 event, former WSL Championship Tour (CT) superstar Taj Burrow (AUS) has made it back to the Four Seasons to defend his title. Burrow has put in some time surfing these parts since last year and hasn’t lost much of the competitive spark that saw him make it to World No. 2 on several occasions throughout his career, meaning he will be the one to watch when competition gets underway.

“I’ve been counting down the days for this event since I left here last year,” Burrow said. “Everything about it is amazing, the friends, the waves, the experience here at the Four Seasons, it’s all incredible. I’ve had a few days to reacquaint myself with my twin-fin and single fin boards but will definitely have to keep practising before the competition starts.”

Best known for her big wave exploits, Brazilian Maya Gabeira (BRA) comes into the event as the lone female competitor. On her first visit to the Maldives, Gabeira isn’t sure if she’s more excited to be surfing in paradise or coming up against some of her heroes.

…
“This is my first time to the Maldives and my mind has been blown,” Gabeira said.
“I’ve never surfed a single fin or twin-fin until now so it has been cool to have that experience.
I can’t wait for the competition to get underway so I can share the lineup with some of my heroes, it’s going to be an amazing experience.”
… 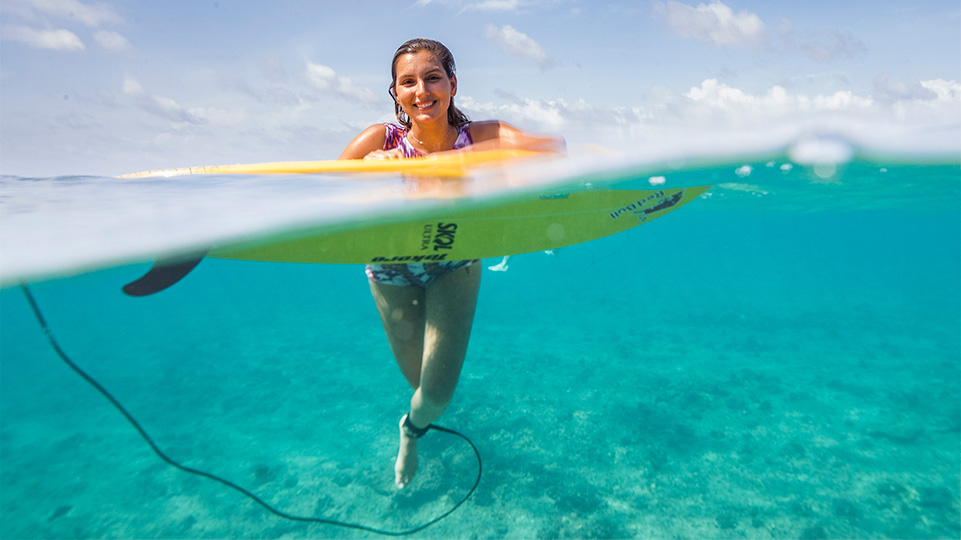 Caption:  Maya Gabeira (BRA) getting acquainted with her new single fin in the lead up to the 2017 Four Seasons Maldives Surfing Champions Trophy. Credit: © Sean Scott

Local competitor Ismail Miglal (MDV) (aka Kuda Issey) is by far the most experienced surfer at Sultans and is relishing the opportunity to share the line-up with some of the world’s best. With the forecast for the event window looking to dish up some tricky conditions, Kuda Issey’s local knowledge will no doubt play heavily to his advantage.

“It’s a real honour to surf in this event with some of my favourite surfers,” Miglal said. “I love surfing on different boards so I feel like the format suits me. I can’t wait to surf against the pros. Taj (Burrow) is my favourite surfer of all time, it will be amazing to share the lineup with him.”

2001 World Champion CJ Hobgood (USA) has made one previous trip to the Maldives and is thrilled to be back. The hard charging goofy footer is stoked to have the opportunity to continue his competitive career in a more relaxed environment while surfing different boards.

“This sort of feels like a dream at the moment,” Hobgood said. “I felt like everything was slowing down after retiring from the tour and then I get to come to a contest like this here in paradise with my wife, it’s almost too good to be true. I can’t wait for the competition to get underway so I can share the lineup with some of my heroes, it’s going to be an amazing experience.” I was never one for experimenting with different boards so I’m still getting the hang of the twin and single fins but they definitely feel nice when you find that sweet spot. I’m having such a blast here.”

Returning to the Four Seasons in 2017 is former World No. 2 and Pipe Master, Rob Machado (USA). The ‘cruisey’ Californian has style in spades and serious ability on crafts of all shapes and sizes, making him a perfect fit for the multi-discipline format of the Surfing Champions Trophy.  Machado will be surfing the event on a quiver of boards he shaped himself, a first time here at the Surfing Champions Trophy.

Another competitor that will be surfing on Machado’s shapes is former CT surfer and WSL commentator Ross Williams (HAW). These days, Williams is utilising his exceptionally sharp competitive mind under the guise of coach to 2016 WSL Champion John John Florence. This week he will pull on that skill set with the competition jersey on for the first time in a long time. 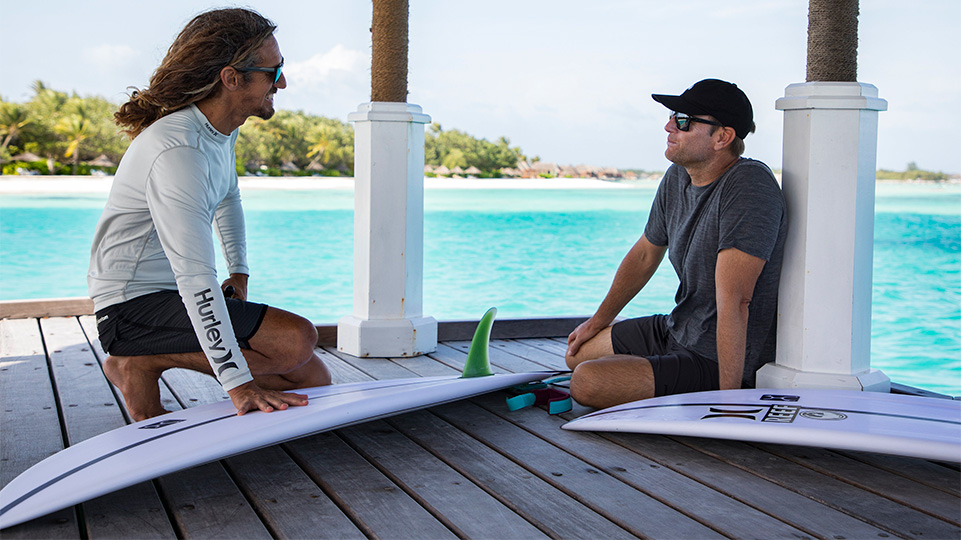 With conditions on the opening days of the event window not quite making the grade for competition to get underway, the forecast looks promising for a start this Friday, August 11.

Event coordinator and founder of Tropicsurf Ross Phillips has been surfing in the Maldives for around two decades and believes conditions are sure to improve later this week.

“Right now we are in between swells and last weeks waves are continuing to diminish”, Phillips said. “We also have quite strong monsoonal trade winds which are making the small waves tough to surf. On Friday we have a bit of a bump in swell and winds look to drop off so we will wait until then to get the event underway in the best conditions of the window.”