Kuda Huraa, Maldives, August 8, 2019 – The Four Seasons Maldives Surfing Champions Trophy got off to an incredible start today with racy overhead walls at Sultans providing the perfect canvas for some of surfing’s finest artisans to go to work on their single fins, in the first of three surfboard divisions.

In a rematch of the 2012 Pipeline Masters final, which served as Australian Joel Parkinson’s world title coronation, Parkinson came up against lifelong friend and fellow Australian, Josh Kerr. “Don’t get me started on the judging at Pipe in that one!” laughed a fired-up Kerr before today’s showdown. 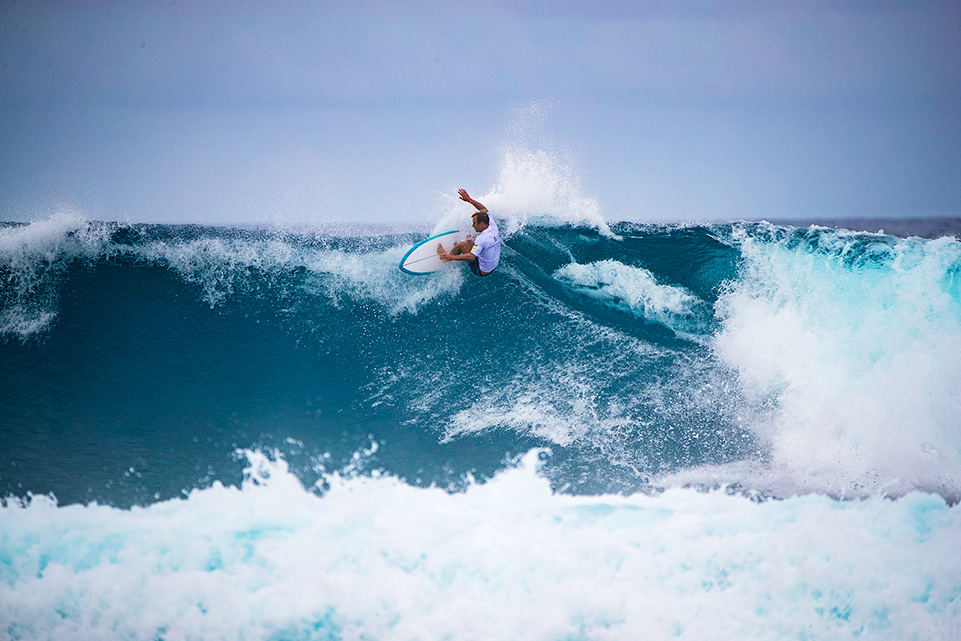 Parkinson has long been considered the most stylish surfer of his generation, and that theory escalates further when he rides a single-fin. This year’s competitors have come armed with modern takes on the staple surfboard design of the ’60s and ’70s, and Parkinson put on a high-performance display from the start in the final, signalling his intentions with a big aerial on his opening wave to lock in a 7.33, backed up soon after with an 8.43 to place one hand on the trophy at the halfway mark. It wasn’t to be, however, as defending event champion Kerr stormed home with an 8.50 for a series of explosive manoeuvres, then a 7.90 for a huge hit on the opening section and a string of fluent turns down the line, to win the day in the dying minutes and move to the top of the leaderboard with the twin-fin and thruster divisions still to run. 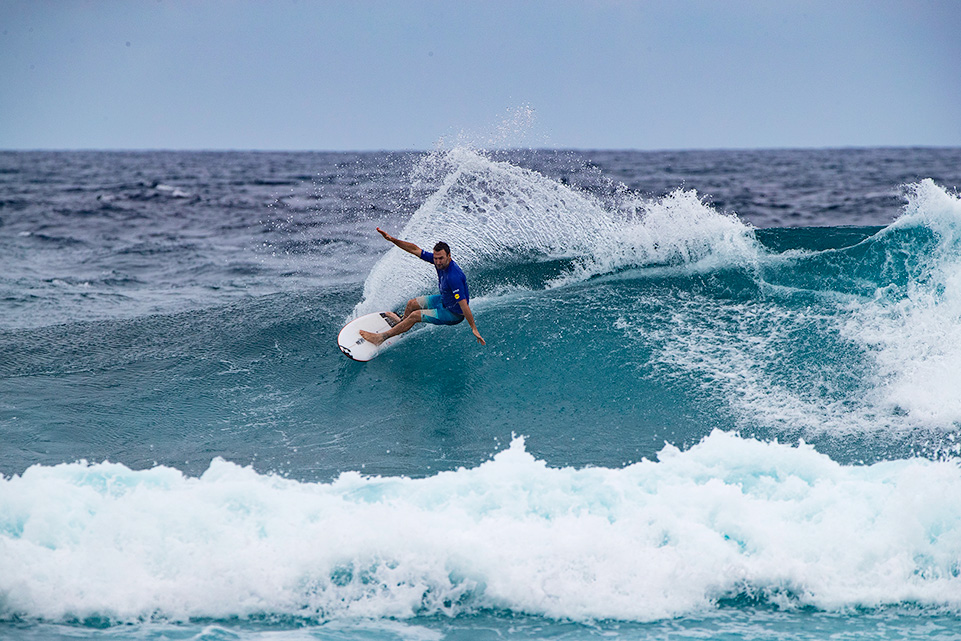 “To come to Four Seasons, score pumping waves on the first day and take the win, it doesn’t really get much better!” said an elated Kerr after the final. “The vibe is great but we’re all old competitive souls so once the contest jersey goes on we want to win. Joel and I grew up in the same board riders club; he’s older than me, was always in the spotlight and has definitely got the better head-to-head record, which makes this win even sweeter.” 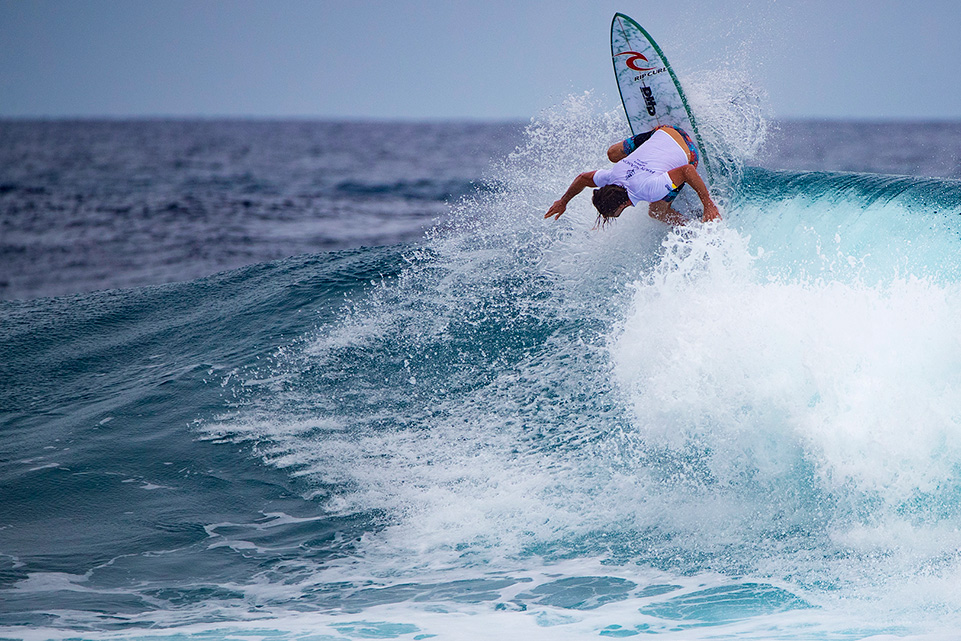 In the semi-finals Kerr accounted for long-time Championship Tour sparring partner Matt Wilkinson (AUS) in a back-and-forth showdown, though it was Wilkinson who banked the standout moment, an incredible re-entry that earned him a 6.83 and confirmed the goofy-footer still has one of the best backhands in surfing. “That’s the best turn I’ve ever done on a right,” Wilkinson said afterwards. “That’s the most dynamic turn that anyone has ever done on a single-fin!” Kerr confirmed. “I could see half of his board out the back of the wave!” said Parkinson, who was paddling out for the second semi-final, where he made light work of local wildcard Mohamed “Pelé” Fayaz (MDV). 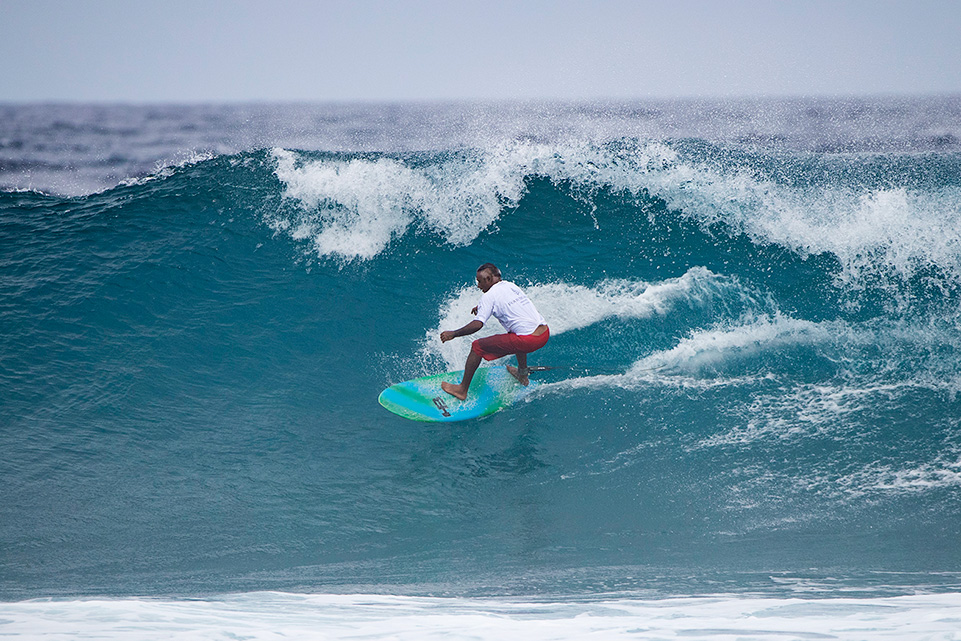 “I really enjoyed today,” said Parkinson. “The single fin is a challenge, it shows your flaws, but it is so fun to ride. I’ve told (two-time winner) Taj Burrow for years that I wanted to get into this event, and now I can see why he loves it here so much. This is my type of contest now that I’m retired, no pressure, good friends and a lot of fun with my family, living in luxury. I’m really excited for the twin-fin now, I feel like it should be my strongest division, so hopefully, I can snare a win there and get a little bit closer to being invited back here!” 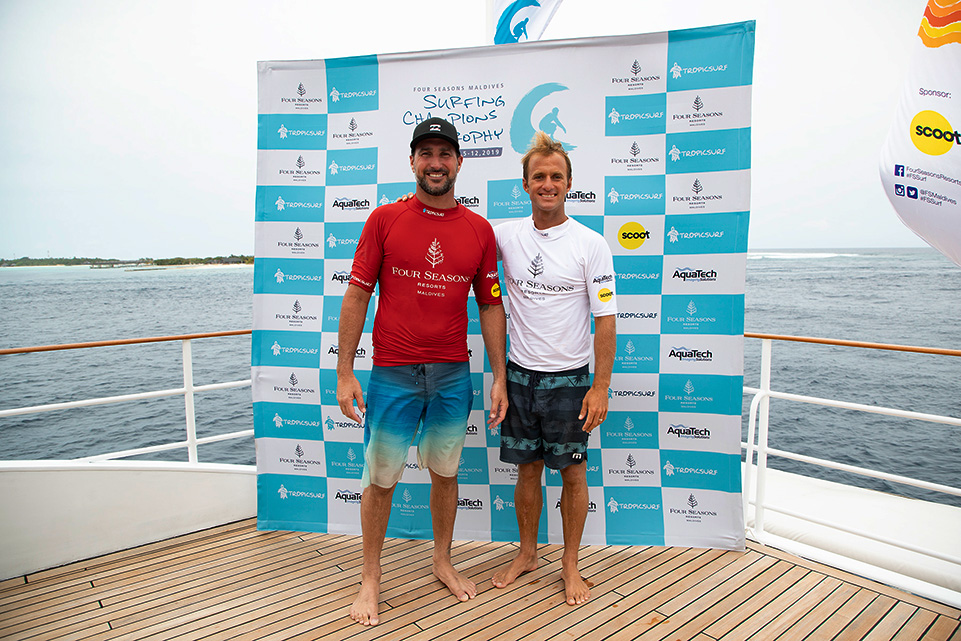 Due to Wiggolly Dantas (BRA) having to withdraw from the event last minute, Wilkinson and Fayaz received first-round walk-throughs today. Meanwhile, in the second three-man round one heat, Kerr and Parkinson narrowly accounted for Hawaiian waterman and multi-board phenomenon Kai Lenny, on their way to the semi-finals.