It was a magical week in the Maldives for Hardman, winning both the Single and Twin Fin divisions to claim USD6000 before adding another UD$10,000 to his total prize tally of USD$16000.

“It’s been a great week, for our ages we are all surfing on top of our game and Curren was amazing today,” said Hardman. “It was a serious contest out there, but at the same time I had a lot of fun.”

Hardman opened quickly in the final, locking in an 8.83, leaving Curren playing catch-up straight out of the gates. With two minutes remaining the door opened for Curren when Hardman lost priority, but the inconsistent conditions favored the ever-strategic Australian, who would eventually go on to claim the 2012 title. Curren, requiring a 7.5, made one last ditch effort but only managed a 6.5 on his final ride to be forced to settle for second,

“Opening up against Curren in a final where the winner gets ten grand and the waves are quite slow was great,” said Hardman. “You can’t get a better start than that so I think that was the one wave in the final that made the difference.”

“It was a close final and could have gone either way,” said Curren.

“We had some great exchanges and I knew I had to go on that last wave, as it was inconsistent, but it didn’t have the potential to get the score.  Sometimes it just goes that way,” added Curren.

Sultan’s Point turned on a flawless finals day for the Four Seasons Maldives Champions Trophy 2012 with crisp three- to five-foot (1.5 metres) reef-break waves pulsing through all day for the Thruster Division and the all-important Grand Champions Final.

Curren (USA) timed his run to perfection, coming from behind with subtlety, style and calculation to win the Thruster Division and secure a coveted Grand Champions Final berth. Curren was in command from the outset of the final over 2007 World Longboard champion Phil Rajzman (Brz). The American style master remained focused throughout the 30-minute matchup to leave Rajzman, 30, requiring an achievable 6.07 score on the siren.

“I’m very happy,” said Curren. “I like my board a lot and the waves are much better today. I knew Phil was going to be very hard to beat and it came down to that last set wave and he didn’t need much of a score, but it went my way.”

Semifinal one between archrivals and two of surfing most influential stars, Curren and Occhilupo, didn’t disappoint with its intensity. The lead exchanged constantly until Occhilpo looked secure, but Curren proved he could not be underestimated using a last second wave to take the win.

“That was a tough match-up with Occy,” said Curren. “There wasn’t that any waves in that heat and Occy got that really good one at the end. Then I got that pretty decent one behind it and that was enough.”

Despite losing in the opening round of the Thruster Division, Hardman’s earlier wins in the Single and Twin Fin divisions saw the goofy-footer accrue enough points to secure an all-important Grand Champions Final berth.

Minister of Defense and National Security Mohamed Nazim attended the awards ceremony and presented the surfers with their trophies.

Australian surfer/shaper Simon Anderson invented the Thruster design, which was met with skepticism initially, but after enhancements in 1981, he won the Bells Beach Classic and the Surfabout in Sydney, then later the Pipe Masters in Hawaii. Those victories brought the Thruster to everyone's attention; from 1984 onward every world champion has used one.

Following the success of the second annual event Four Seasons and Tropicsurf have vowed to make the 2013 Four Seasons Maldives Surfing Champions Trophy even bigger and better next year. 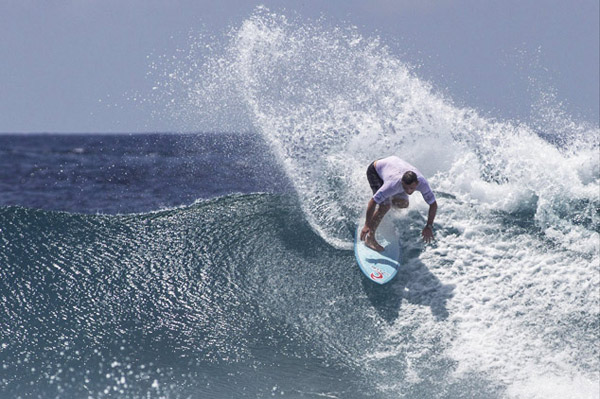 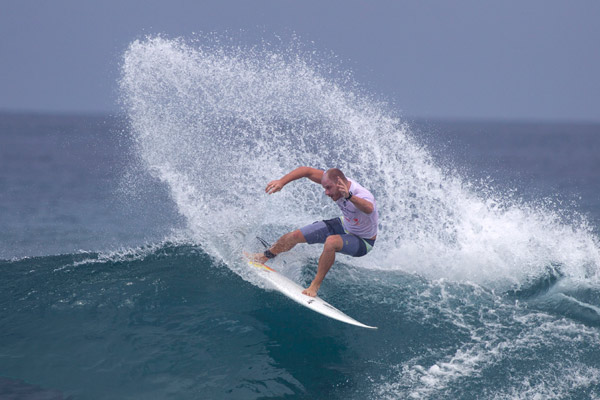 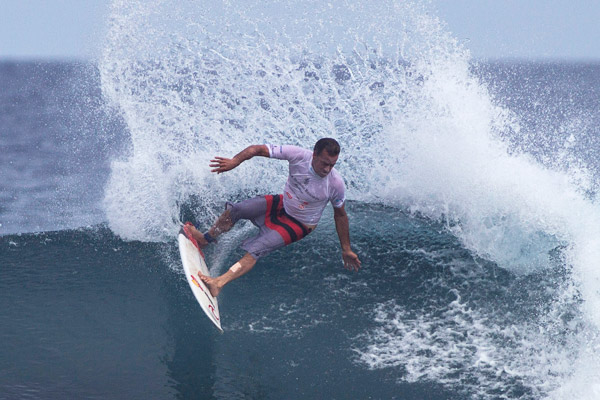