Kuda Huraa, Maldives, July 31, 2014 – Four Seasons Resorts Maldives is delighted to share details of the third annual Domestic Champions Trophy.  The very best ‘home-grown’ surfers will once again have the opportunity to showcase their local wave prowess in this event, running parallel to the Surfing Champions Trophy, where six World Champions are pitted against each other in an epic week of surfing.

The Domestic Champions Trophy is hosted in conjunction with luxury surf pioneers Tropicsurf and the Maldives Surfing Association (MSA).  On August 4, the finest local surf talent will compete in heats at Thanburudhoo – riding two of the Maldives’ premier surf breaks, Honky’s and Sultans – vying for one of the two finalist slots; the chance to win MVR 35,000; and the opportunity to be the ‘opening act’ for their surfing heroes during the Domestic Champions final taking place just prior to the Surfing Champions final on the last day of the event. 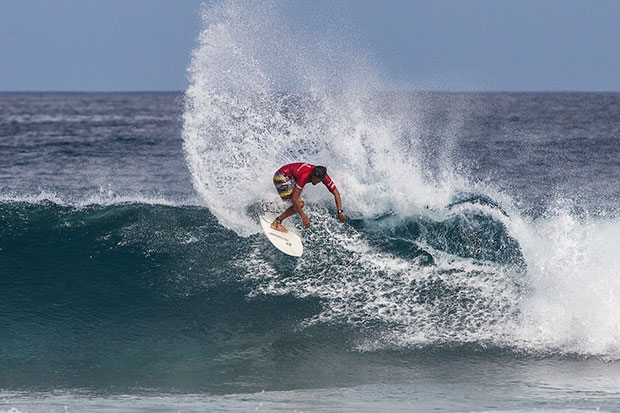 “I’m very excited to be back to defend my title.  It’s such a great opportunity and event – a sentiment I know my fellow surfers share.  It’s an inspiring platform for us to improve both our skill and performance, being critiqued to the same high standard as the World Champions. We learn so much just watching them – and I hope they pick up a few ‘local’ tips seeing us ride our home waves.”

Both the Surfing Champions and Domestic Champions contests are hosted aboard the luxury Four Seasons Explorer – the Maldives’ ultimate surf vessel – and are subject to the same ASP judging criteria, commentary, live computer scoring and up-to-the-second announcements. The only difference in the two competitions lies in board selection: local surfers will compete on conventional thruster boards, whereas the world champions will tackle three board divisions – retro single-fins, twin-fin and contemporary triple-fins.

Commenting on the event, Ahmed Aznil, President of the Maldives Surfing Association (MSA) said, “It’s our third consecutive year partnering with Four Seasons Maldives Surfing Champions Trophy – the momentum building within the local surf community is really exciting. The Maldives is firmly establishing itself on the world’s surfing map – visitors only have to see the heart and surfing soul that our locals put into each wave to know we have a very special spot and some great up-and-coming talent.” 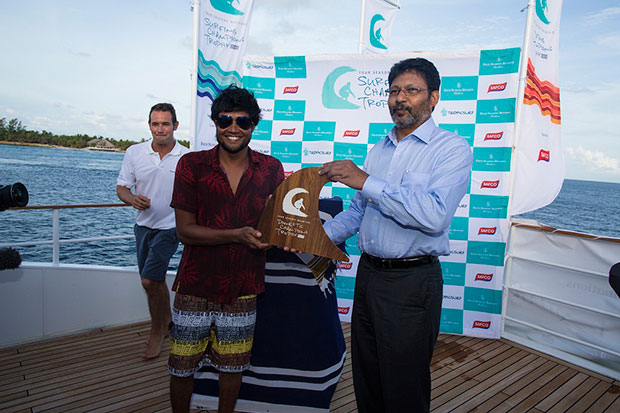 “The Domestic Champions Trophy is a real highlight in the regional surf calendar – the Kuda Huraa surf scene really comes alive at this time of year,” agrees Event Co-ordinator, Mark Winson of Tropicsurf. “And, with both our international line-ups and our local surfers getting better and better, it’s brilliant for surfing and the Maldives in general.  Who knows, in future years we may even see the locals going head-to-head with the World Champions.”

Guests of Four Seasons Resort Kuda Huraa can catch all the action with day passes aboard Four Seasons Explorer or book an all-inclusive Group Surf & Stay (available from August 4 to 11 for a minimum booking of four rooms for five or seven nights).

All Maldivian surfers are encouraged to register their interest in competing in the Domestic Champions Trophy heats taking place on Monday, August 4, 2014.