A Lay Day in Paradise 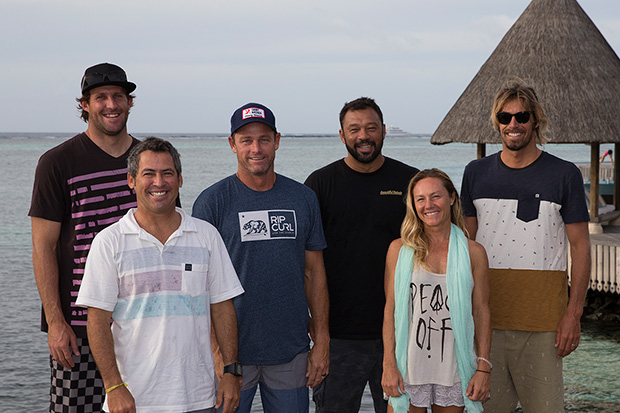 
This years highly competitive line-up, will again provide a week of classic surfing. Six former world champions will compete over three board disciplines of single-fin, twin-fin and triple-fin thrusters. The top two surfers, after all three divisions are completed, then qualify for the Grand Champions Final that crowns the overall winner.

2000 ASP World Champion Garcia, 44, who still competes at the highest level said he is enjoying the relaxed atmosphere and event style.

"It’s a little weird being at an event where it’s so lax," said the Hawaiian legend. "This is pretty incredible, I mean we are in the Four Seasons Maldives, are you kidding me, its like a dream come true for an event," added Garcia.

The Maldives is also holds sentimental venue for the six-time Hawaiian Triple Crown of Surfing Champion, who married wife Colleen in the Island nation.

"We actually got married on the next island in 2008 and did the full wedding ceremony.  So this is really special for us to be back here," said Garcia.

"It a privilege to have Taylor (Knox) back to defend his title and I'd also like to welcome the new faces to the fourth annual event," said Phillips.

"There is surf today, however the winds will be lighter tomorrow and the lay-day allows everyone to put in some single fin time," added Phillips.

The week long tournament is renowned for being the most luxurious surf contest in the world and is hosted by Four Seasons Resort Maldives at Kuda Huraa in conjunction with deluxe surf pioneers 'Tropicsurf' aboard the Maldives ultimate surf vessel, Four Seasons Explorer, a 39 metre three deck catamaran.