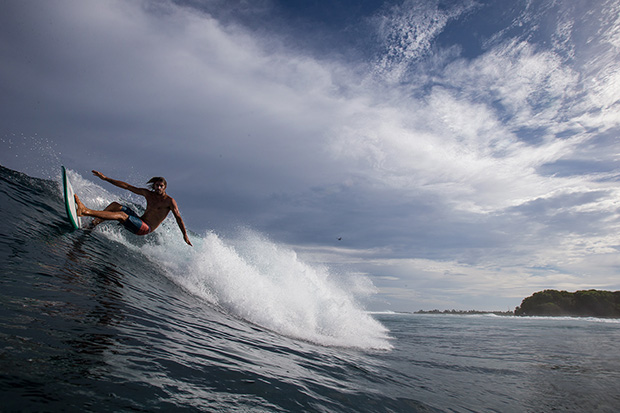 
The 2014 Single Fin champion — the first of the events three divisions — will be crowned this afternoon.

"We will be judging on all the usual criteria, including the big critical turns out the back but we will also be looking for that old school flair and style, that Single Fin surfboards are renowned for," said Pearson.

The week long tournament is known for being the most luxurious surf contest in the world and is hosted by Four Seasons Resort Maldives at Kuda Huraa in conjunction with deluxe surf pioneers Tropicsurf aboard the Maldives ultimate surf vessel, Four Seasons Explorer, a 39 meter three deck catamaran.