Knox Edges Out Rastovich to Win the Twin Fin Round

A cool and calm Knox was forced to come from behind after falling on a potentially high scoring ride just before ‘Rasta’ locked in a heat high 9.70 wave score at the ten-minute mark. 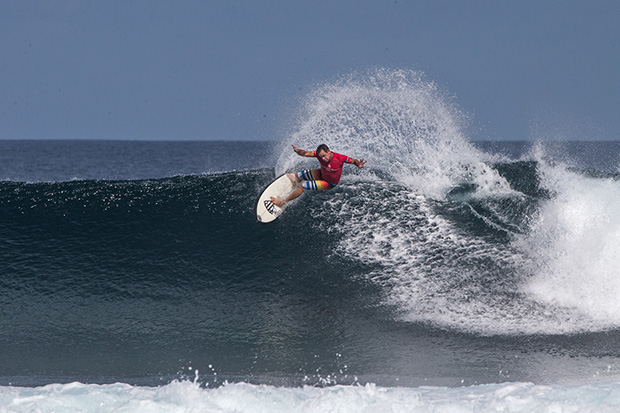 
“I was getting so frustrated after I fell on that big one,” sad Knox.

“It was such a good wave, but I knew I was surfing good and the board was looking great and that I could get the score if the waves came to me,” said Knox.

Experience and patience paid off for the defending champion, who picked off a solid set wave in the clean conditions with just three minutes remaining.

With impeccable timing and full rail surfing, Knox slotted into a barrel ride before linking his wave all the way through to the inside section to secure the win with a high eight point ride.

“That wave was so special,” said Knox.

“Conditions were flawless, glassy and clean, which is great for the twin fins. It was a dream day,” added Knox.

“It’s been amazing to compete with Sunny and Taylor,” he added. 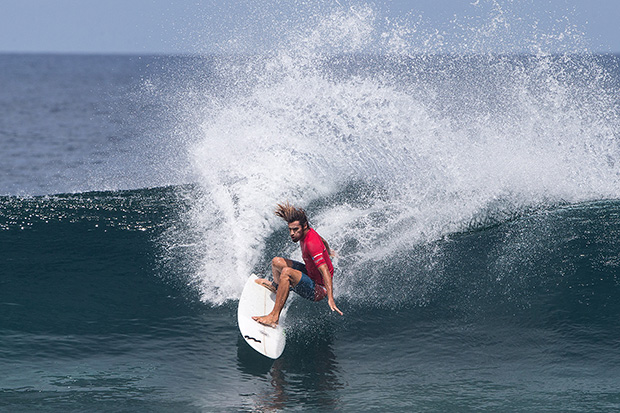 
Free-surfing legend Rastovich has found his competitive groove in the rolling reef break waves of Sultans Point. The fluid natural footer has gone up against two of the sports biggest names in consecutive finals after not competing with any regularity for the past decade.  Rastovich defeated 2000 ASP World Champion Sunny Garcia (Haw) in the opening Single Fin round on Wednesday and finished runner-up to Knox today.

“It’s a lot of fun, it’s a lot like surfing a point break back home on the Gold Coast and I’m pretty much always surfing on Twin Fins and Fishes anyway, so this whole format suits me,” he added.


In a ‘70s flashback, today was all about maneuverability, style and power as the dynamic twin-fin setups allowed competitors to surf fast, loose and draw exceptionally clean lines in the offshore conditions.

In semifinal one, Garcia (Haw) was out maneuvered by an in-form Knox and finished the day with an equal third. As the tide shifted throughout the heat, Knox picked off an inside wave under Garcia’s priority for a heat-high 8.10 and the win. The second semi, saw Rastovich dominate his Brazilian opponent Fabio Gouveia despite the South American turning on some big moves.

Lone female surfer Rochelle Ballard (Haw) was eliminated from her opening heat but still impressed her opponents with a tube riding expose down the long point break. The ISA World Champion opened with a 7.10 but failed to find a back-up score to finish equal fifth overall. Two-time ASP World Longboard Champion, Taylor Jensen (USA) also bowed out in round one, outpointed by the two final surfers Rastovich and Knox.

With the Four Season’s Explorer, luxury catamaran serving as the floating home base, surfers and spectators alike enjoyed the action, cold drinks and great food from the deck as they watched six of the world’s most iconic surfers out in the water battling for the twin-fin title.

When competition recommences everyone will be competing on more modern-day thruster boards. The top two surfers of the three divisions, of single-fin, twin-fin and triple-fin thrusters, will qualify for the Grand Champions Final that crowns the overall winner.

Yesterday Rastovich, put on an exhibition of classic surfing to narrowly defeat Hawaiian powerhouse Garcia in the Single-Fin Division of the Four Seasons Maldives Surfing Champions Trophy at the fourth annual event.