Taylor Knox (USA) Wins the Thruster Round and Qualifies for the Grand Champions Trophy.


It was high stakes for both surfers entering the Thruster Final as a berth into the Grand Final was on the line.

“It was a high pressure day with so much at stake,” said Knox. “But here you are surfing on this beautiful little island, surfing beautiful waves with friends, so really there is nothing too tough about it,” said Knox. 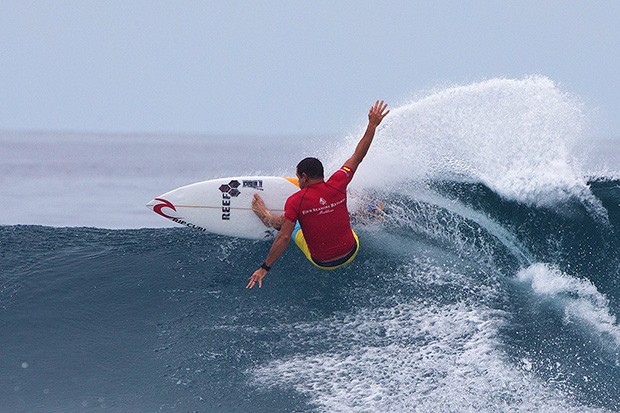 
California’s Knox dominated the first half, locking in 9.43 and an 8.83, putting Garcia in a combination situation before the Hawaiian powerhouse put himself, within striking distance, racking up the highest score of the entire event, a 9.77. Slotting into one the deepest barrels seen all week for the score, Garcia made a valiant attempt to come back but then the ocean went flat and he ended up relegated to a runner-up finish.

“Fortunately or unfortunately, I did see Sunny’s wave,” said Knox.

“Everyone is ripping, the level of surfing is so high. I have had to fight, kick and scratch to get to this point. It seems like every heat I have, the guys surf so well I just expect anyone against me is probably going to get nines and I have to get nines too,” added Knox. 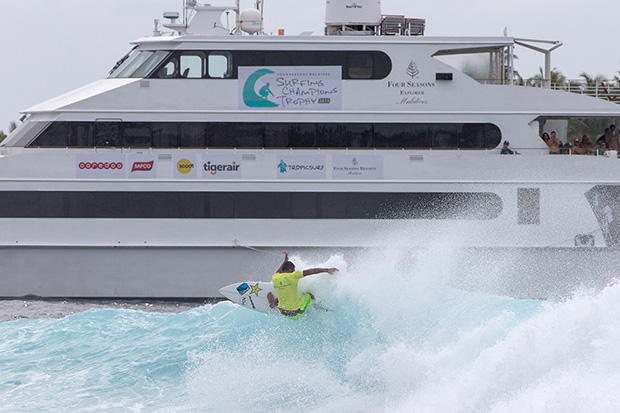 
2000 ASP World Champion Garcia, who narrowly missed out on a finals berth by one place, was gracious in defeat.

“Yeah I’m a little bummed but you know overall I can’t be disappointed at all, the waves have been incredible and to be here in the Maldives staying at the Four Seasons has been insane,” said Garcia.

“As much as I’m disappointed because I’m really competitive, I’m also super happy, my wife is having a blast and the waves have been dreamy. You couldn't ask for a better event or a better venue. I’m leaving with some good memories,” he said.

“Taylor is surfing incredibly well and even if I had another wave, I would have probably got the same result,” added Garcia.

Knox, will now take on Dave ‘Rasta’ Rastovich (Aus), 35, in the Grand Champions Final and has the potential to be the first repeat winner of the Four Seasons Maldives Surfing Champions Trophy.  Today’s victory, coupled with his twin-fin win and fifth place finish in the single-fin division was enough for Knox to qualify. 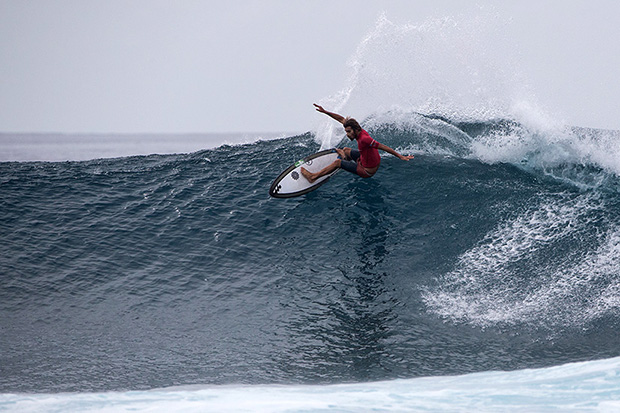 
‘Rasta’ secured his shot at the 2014 event title with a win in the Single Fin, a runner-up result in the Twin Fin and a third today in the Thruster three-fin round.

Rastovich lost in the second semi-final to Knox by a mere third of a point. It all came down to the final thirty seconds, when Knox snatched the win off his opponent.  As the clock ticked down and with ‘Rasta’ holding a high 9 in his arsenal, the writing was on the wall. But the cool Californian picked off a set wave and locked in two beyond vertical turns to advance.

“Yep, definitely stoked to hear I had made the grand final,” said Rastovich.

“I got really close in that semi, which feels good, as I actually don't like riding three-fin surfboards,” said Rastovich.

“Now I’m excited to surf a few different boards in the Grand Final, I think I’ll put one of them in the channel and have a bit of fun out there mixing it up,” he said. 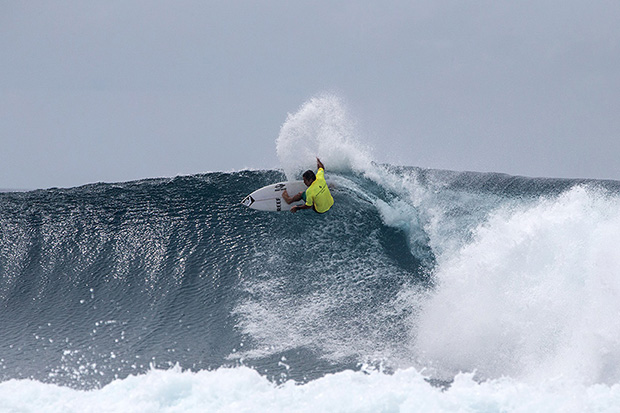 
In semi-final one, Garcia eliminated Brazil’s first ever world champion Fabio Gouveia (BRZ) from the tournament after the South American missed a few opportunities in the shifting line-up.

“It’s been such great week,” said the affable surfer.

“I’m so happy to compete with Sunny and Taylor (Knox) again and to feel the competitiveness.

“I had never surfed with ‘Rasta’ or Taylor Jensen before and to see their natural ability has been amazing. And I also loved seeing Rochelle ripping,” added Gouveia. 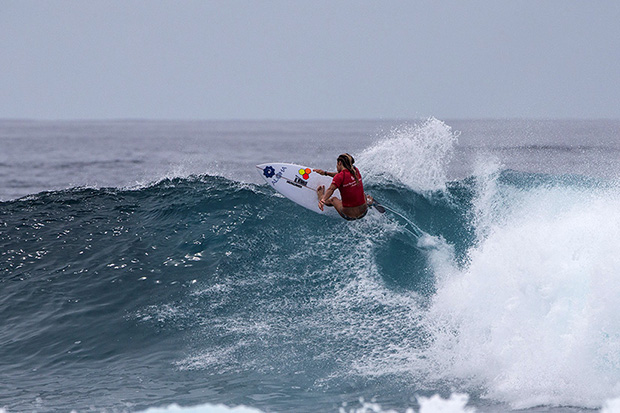 
The lone female surfer in the event, Rochelle Ballard (Haw), put in an extremely spirited performance throughout the competition, ultimately finishing sixth. Raised on Kauai, she reveled in the pristine Maldives conditions.

With modern, three-fin “thrusters” being the board of choice for the day, state-of-the-art, high-performance surfing was on display from the first wave ridden all the way through to the last wave of the final. Full rail carving maneuvers and massive top-to-bottom combinations were applied to great effect as the six former World Champions all put it on the line for a highly coveted finals berth.

On Thursday, Aug. 7, Californian surfer Taylor Knox, 43, (USA) defeated Dave Rastovich, 34, (Aus) to win the Twin-Fin Round. And on Wednesday, Aug. 6, Rastovich put on an exhibition of classic surfing to narrowly defeat Hawaiian powerhouse Sunny Garcia in the Single-Fin Round.

The event format showcased the evolution of the surfboard with the old school ’70s single-fin in Round 1; Round 2 celebrated the brilliance of the twin-fin that dominated in the early ’80s, and Round 3 saw contemporary three-fin thrusters put to use to great effect.