‘Rasta’ found his rhythm early in the final, taking off on a set wave for an 8.60 score in his opening minute. Then the free-flowing, natural footer quickly backed up, with a heat high 9.10 ride to consolidate his lead and leave defending champion Knox on the back foot for the remainder of the final.

“If I knew contests could be this much fun, I probably would have been a contest guy, but I don't think there is any other event that is like this one,” said Rastovich.

Renowned free surfer ‘Rasta’ travels the world, searching for perfect surf and dedicating his time to environmental causes surrounding the issues of marine mammal conservation and preservation. But this week ‘Rasta’ had no trouble finding his competitive edge in the rolling point break waves and relished the clean 1.5 meter (3-5ft) waves on offer today. 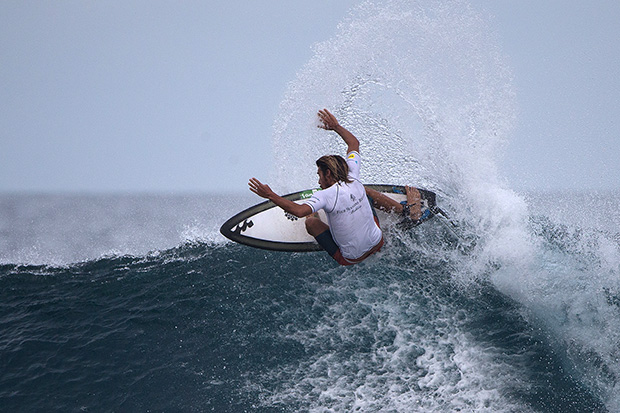 “Just to compete against these amazing surfers all week and for all of us to be hooting each other in the line-up has been an incredible experience,” said Rastovich.

“But at the same time everyone is wanting to surf at their highest level, it’s a really cool experience, because normally it’s one or the other but this event is not like that it’s a great format in a perfect location, ” he added. 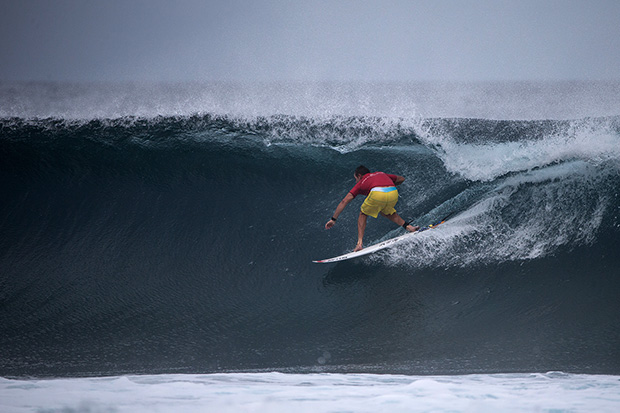 Knox who locked in an 8.50 ride early, was forced to wait it out in the inconsistent conditions for a wave with scoring potential, but the ocean failed to cooperate and the defending champion relinquished his title with his second placing.

“We were both just starting to warm up and I was thinking another couple of sets were going to come and that we both get two more waves, but it didn't happen,” said Knox.

“Rasta has been in such good wave rhythm all week, it seems like every time he jumps off the boat he gets a nine. We were just both chatting out there and saying how lucky we are to be here, so it’s all good,” added a gracious Knox.

The invitational event saw six former world champions, including Knox, Rastovich, Sunny Garcia (Haw), Taylor Jensen (USA), Fabio Gouveia (BRZ) and Rochelle Ballard (Haw) battling it out in epic conditions all week at Sultans Point. Featuring a unique, one-of-a-kind format, the competitors surfed in three separate divisions in their quest to qualify for the Grand Champions Trophy. The event started with everyone competing on classic early ’70s style single-fins. Round two saw them take to the stylish twin-fins. And the third round brought things modern as everyone jumped back on their contemporary thrusters.

En route to the final Rastovich put on an exhibition of classic surfing to win the Single-Fin round, locked in a second place finish in the Twin-Fin round and a third in the Thruster to secure his finals berth.

Knox won both the Thruster and the Twin-Fin rounds, as well as finished fifth in the Single-Fin division. The results were enough for him to accrue the points to qualify for the Grand Final. 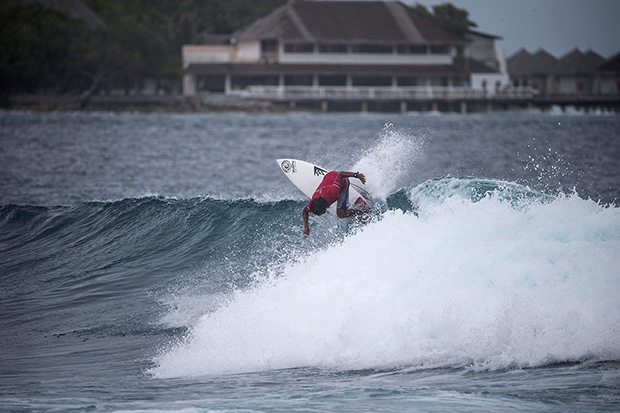 All six former world champions watched the local final and were as impressed as Contest Director Ross Phillips who stated.  “The standard of surfing today in the Domestic Champions Trophy was world class. It was a tough final and “Iboo’ was a deserving winner.”

“The Maldivian Surfing Association is forging ahead in leaps and bounds. It’s fantastic to watch surfing progress at both a performance and organizational level in the Maldives,” he added. 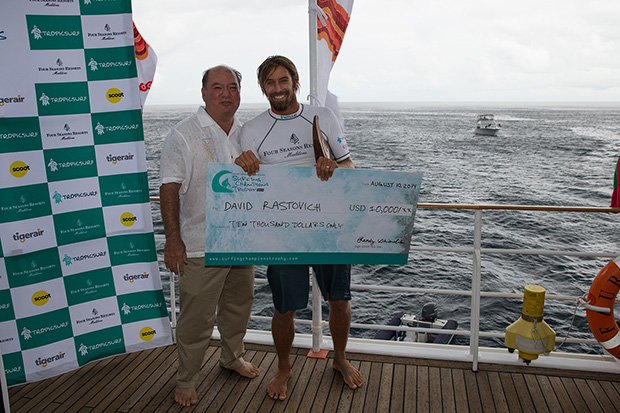 The Grand Final was honored by the presence of the Minister of Tourism, Mr. Ahmed Adheeb Abdul Ghafoor and the Minister of Youth and Sports, Mr. Mohamed Maleeh Jamal who attended the finals on-board the Four Seasons Explorer and presented the surfers with their awards.

Following the success of the fourth consecutive annual event Four Seasons and Tropicsurf are pleased to announce that the Four Seasons Maldives Surfing Champions Trophy will return again in 2015.