Kuda Huraa Maldives: Hawaiian Shane Dorian has defeated Dave Rastovich (AUS) in the final of the Four Seasons Maldives Surfing Champions Trophy twin fin division. Dorian, the standout of the day posted a heat total of 15.60 to overcome the twin fin specialist Rastovich who was unable to find the wave he needed in the final minutes.

“I never ever ride twin fins,” said Dorian. “I didn’t really know how to approach it or how I should ride it, but it felt good. The waves were fun and really good for twin fins, fast and down the line” 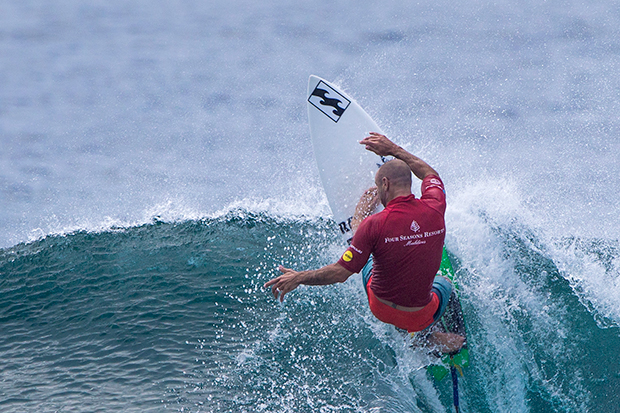 “It was an absolute pleasure having the opportunity to surf in the final against Rasta, a real treat. I’m just stoked to be here. Even though I didn’t feel comfortable on that board, it was amazing to see Dave, Harley (Ingleby) and Neco (Padaratz) and how good they can surf those different boards. I would never have thought I would have beaten Rasta, in the finals, on a twin fin in good waves.”

Although not coming away with a win, Rastovich’s second final appearance for the event means he is currently leading the pack and is looking like a strong contender at consecutive Champions Trophy finals. 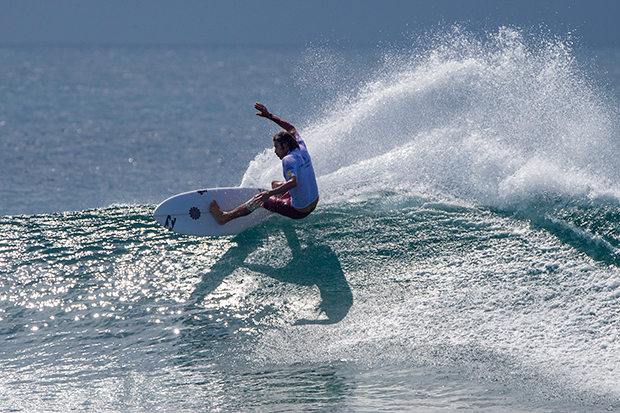 
“Shane and I have surfed heaps over the years and to see him on a twin fin was rad,” Rastovich said. “Seeing him flairing in waves like that, I was pumped, really good vibes all day. The waves were fun, nice, clean and glassy. Look where we are, we’re in paradise.” 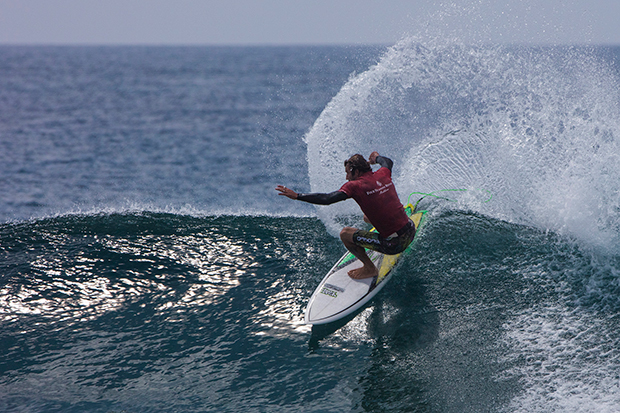 
Yesterday’s runner-up, Neco Padaratz continued his good form in the twin fin division, scoring another great tube ride, posting a 9.27 and an 8.17 for an incredible heat total of 17.44. Padaratz was unable to top Dorian’s almost perfect heat, posting the competitions highest heat total of 19.27.

Rastovich was able to progress to his second final of the contest after beating 2006 World Big Wave Champion, and 1991 Championship Tour Runner-up, Brad Gerlach (USA).  Needing a 9-point ride in the final minute, Gerlach took off on a set wave, only to come unstuck on his third turn and narrowly missed progressing to the final. 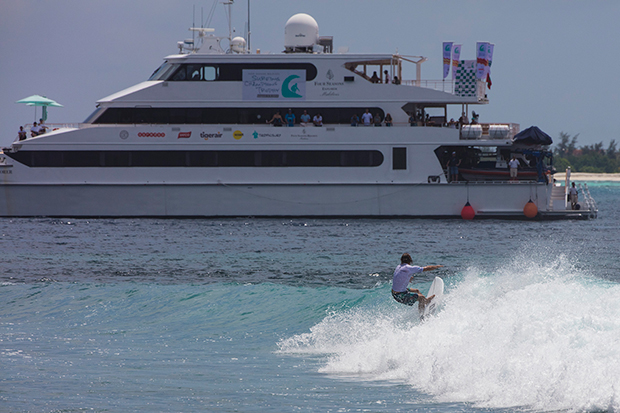 
“I thought I may as well just go for it, at least try and do a couple of turns,” said Gerlach. “I knew on that wave, a nine would be almost impossible but if I nailed a few turns and got an eight, then I could try and find another score really quickly. I’m really looking forward to the thruster division. I know it’s my strength. I can’t complain though, this is the best surfing resort in the world, then you have this boat, The Four Seasons Explorer, the service is great. I’m really glad to be here.”

Two of the most exciting heats of the day occurred in the opening round, which consisted of two three-person heats, where third position of each heat would be knocked out of the day’s competition. In today’s division, those two competitors were 2004 WSL Women’s World Champion Sofía Mulánovich (PER), and the current WSL Longboard World Champion, Harley Ingleby (AUS) who only missed out on progressing by 0.13. Both competitors were disappointed not to make it through to the semi-finals, but were able to focus on the positives. 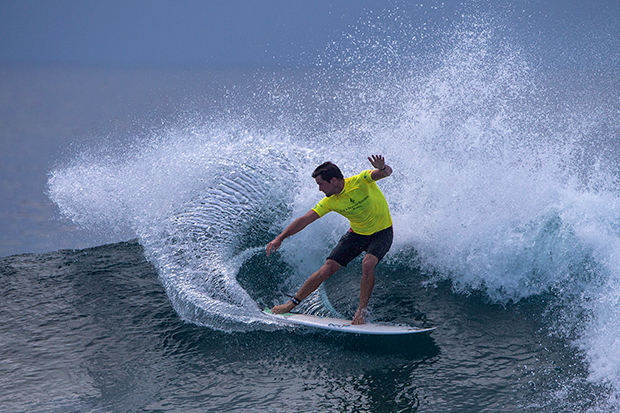 
“I think I’m probably out of contention for the final now, but I’ve just been sitting back, relaxing and enjoying the show,” Ingleby said. “It’s a really relaxed vibe on the boat, everyone has been surfing sick. It’s been a fun day. I’m looking forward to the thruster division now, surfing with all this crew in these type of waves, it’s awesome.”

The next and final round of competition is a little more conventional, with the board of choice being the modern shape of the high performance thruster.