Kuda Huraa, Maldives (August 9, 2016) - A fresh cast of competitors has arrived on the beautiful Island of Kuda Huraa and hit the water for the first time in preparation for Day 1 of the 2016 Four Season Maldives Surfing Champions Trophy. They have been greeted by flawless 3-foot waves at the right-hand reef break of Sultans. 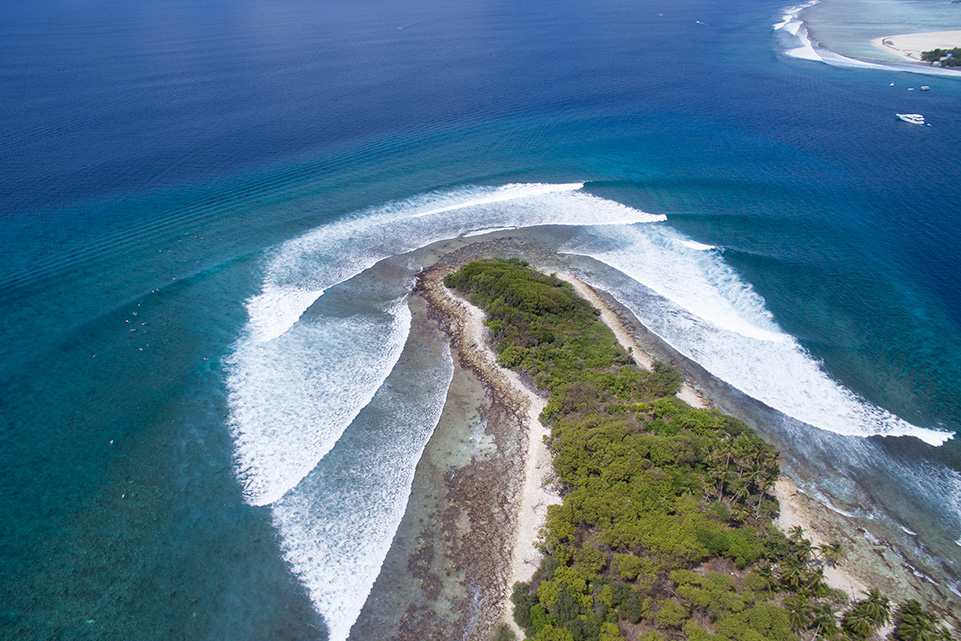 On her second time to the Maldives, lone female competitor Bethany Hamilton (HAW) has been enjoying the challenge of riding the different equipment required for the unique format of the Champions Trophy, which involves surfers competing on single-fins, twin-fins and thrusters over three separate competition days.

“My first surf was so fun – the conditions were perfect,” Hamilton said. “It’s been fun trying to figure out the different equipment and Sultans really is a perfect wave for trying different boards. It’s going to be really cool surfing with all these guys, I can’t wait.” 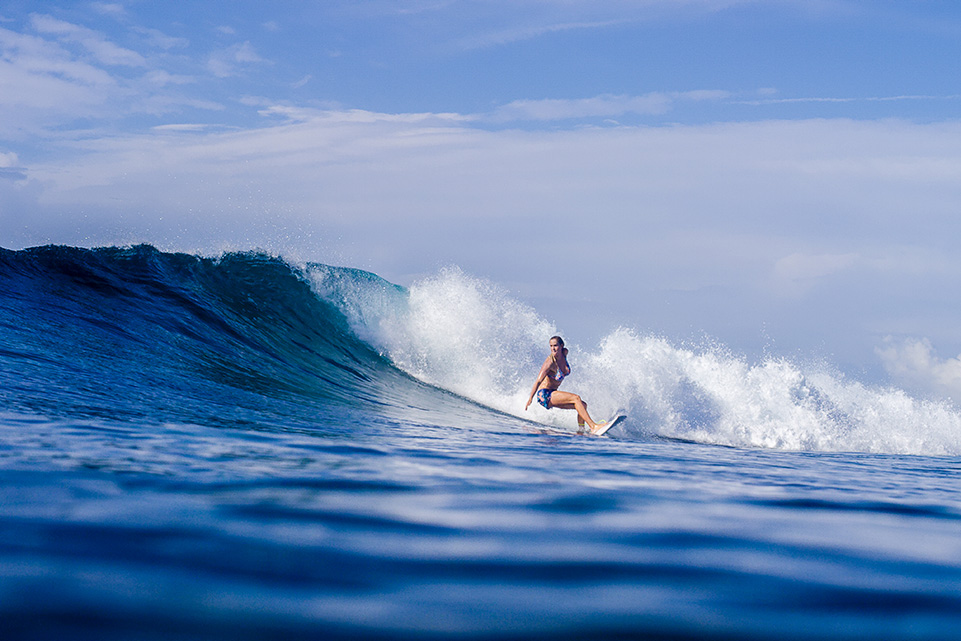 Bethany Hamilton (HAW) enjoying being back in the Maldives: Aaron Lieber

Only a few months off the Championship Tour and Taj Burrow (AUS) is relishing the opportunity to surf in an event with such a unique format on different equipment, in such an exotic location.

“This is the first time I have ever surfed a board that’s not a thruster,” Burrow said. “Since I have left the tour I have been ordering some different types of boards that I wouldn’t usually ride so it’s been really cool to get to know some different surf craft. My dad has been coming to the Maldives for years and says Sultans is his favourite wave so I’m stoked to finally get over here and see it all for myself, the waves seem so perfect.” 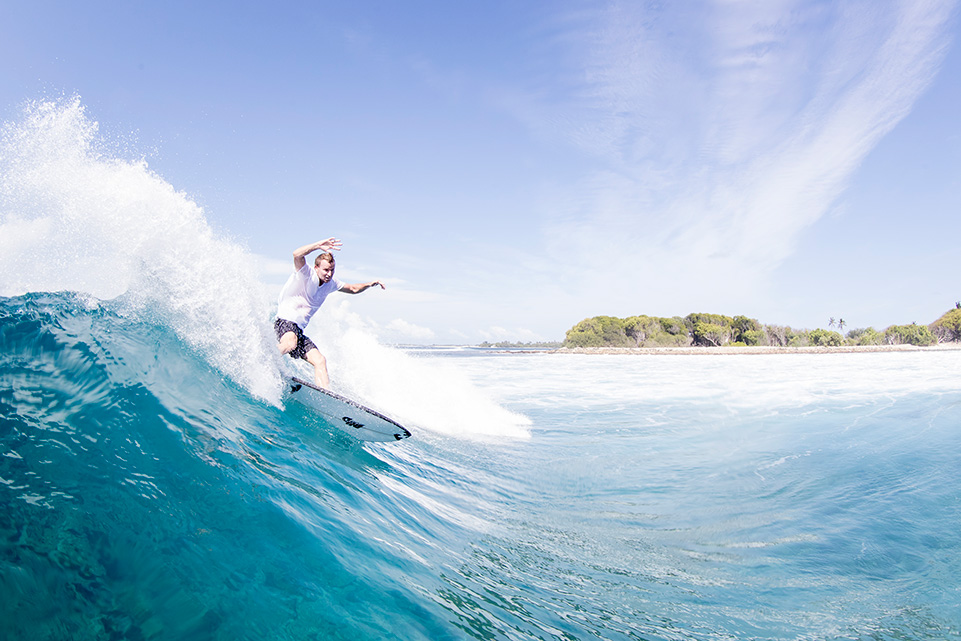 Taj Burrow getting acquainted with the long walls of Sultans on a fresh twin-fin: Sean Scott

Known the world over for his ability and style on all sorts of surf-craft,  Rob Machado (USA) comes into the event a sure favourite in the single-fin division, especially once he becomes more comfortable on the right-hand walls of Sultans.

“I have ridden alternative equipment a lot but never in a contest,” Machado said. “My experience should help me a little but it also takes some adjusting surfing twin-fins and single-fins on your backhand. I have had a few surfs out there now so I’m feeling good.” 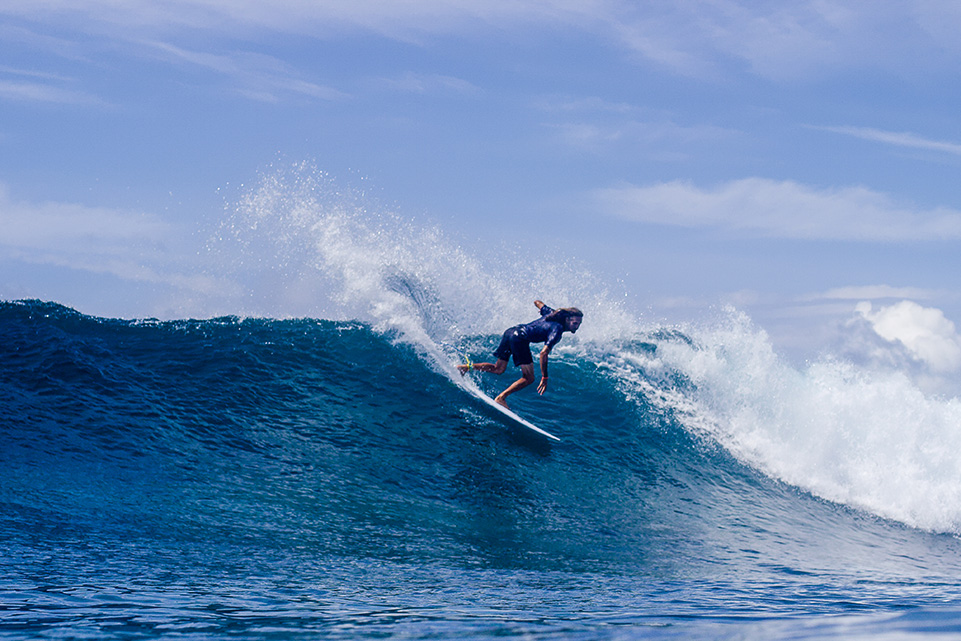 WSL Deputy Commissioner and former Championship Tour competitor Travis Logie will be donning a contest jersey for the first time since leaving the CT in 2014. The silky smooth goofy-footer is another competitor who is only just experiencing the joys of surfing on a board other than the traditional thruster.

“This is such an amazing place,” Logie said. “Being here, surfing these fun waves competing against some of my friends and heroes is so cool, I feel like I’m on cloud nine. I had never surfed a single or twin-fin before the last two days and I have to say I’m addicted. It’s such a rewarding style of surfing and I can’t wait to surf heats on these boards.” 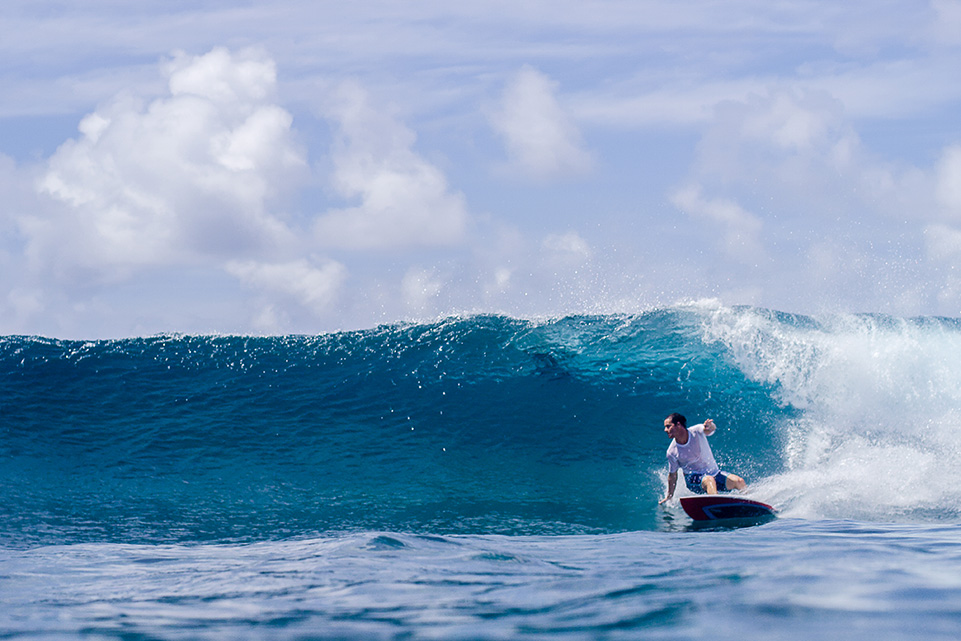 WSL Deputy Commissioner coming off the bottom on his new twin-fin : Aaron Lieber

This year the Four Seasons Maldives Surfing Champions Trophy will encompass a local trials winner. In 2016 the lucky local is goofy-foot ripper Hussain 'Iboo' Areef. Iboo is a standout at Sultans and can’t wait to paddle out with his idols in a contest jersey.

“It’s a dream come true to surf with these guys,” Iboo said. “These guys are my heroes, they’re who I look to for inspiration so surfing against them in a contest is amazing. The forecast looks good so hopefully we all get some pumping waves this week.”

Competition is set to get underway tomorrow with the Single-fin division hitting the water first. Check back at WorldSurfLeague.com for more images and information on the 2016 Four Seasons Maldives Surfing Champions Trophy